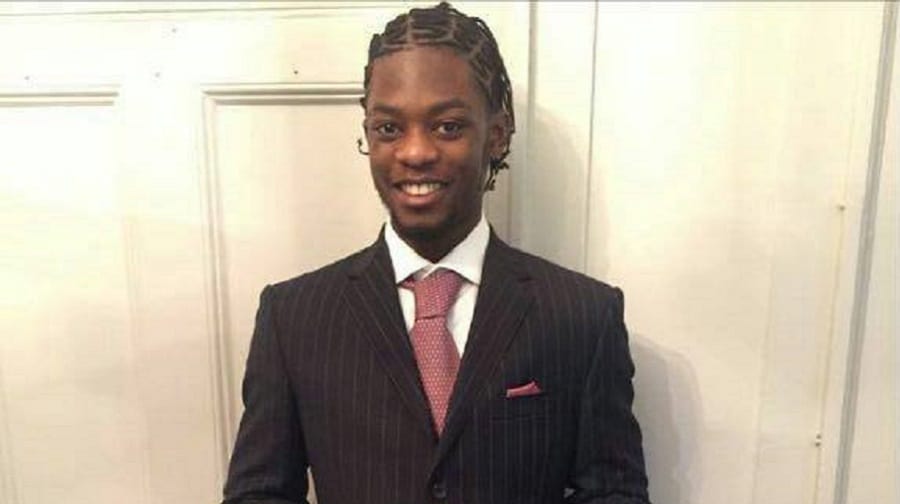 Police have released an image of Sidique Kamara, 23, who was stabbed to death in Warham Street, Camberwell

Detectives have named a 23-year-old man stabbed to death in Camberwell.

Officers have confirmed Sidique Kamara died after being found with stab injuries along with two other males in Warham Street on August 1.

London Ambulance Service and London’s Air Ambulance attended along with police officers, but sadly despite the best efforts of medical staff Sidique died at the scene.

His next-of-kin have been informed but formal identification is yet to take place.

A post-mortem examination took place on Friday, August 3, at Greenwich Mortuary and gave the cause of death as two stab wounds to the chest.

It is understood he was friends with fellow rapper Rhyhiem Ainsworth Barton, aged seventeen, who was shot dead in the same street on May 5 this year.

Two other males, aged sixteen and 31, were also found suffering from stab injuries at the scene in Warham Street after police were called at about 7.21pm. They were taken to a south London hospital with non-life-threatening injuries where they remain. Both are currently under arrest on suspicion of murder.

Officers arrested two men, aged nineteen and eighteen, close to the scene on suspicion of murder. They have since been released under investigation.

Detectives from the Met’s Homicide and Major Crime Command are leading the investigation and are appealing for witnesses and information.

Detective Chief Inspector Richard Leonard, who is leading the investigation, said: “Another young man has tragically and needlessly lost his life through an act of violence.

“We are keeping an open mind about the possible motive for this attack, but at this early stage one line of enquiry is this being gang-related.

“I’d like to reassure the community that our investigation is progressing and we are working around the clock to establish what happened and bring those responsible to justice.

“However, we cannot do this alone and I’d appeal to any witnesses or anyone with information to get in touch with us as a matter of urgency.

“Any information, however insignificant you think it is, is vital to our investigation. Any information provided will be treated in the strictest confidence.”