The proposals had drawn comparisons with Pop Brixton, the Artworks in Walworth Road, and the Box Park in Shoreditch 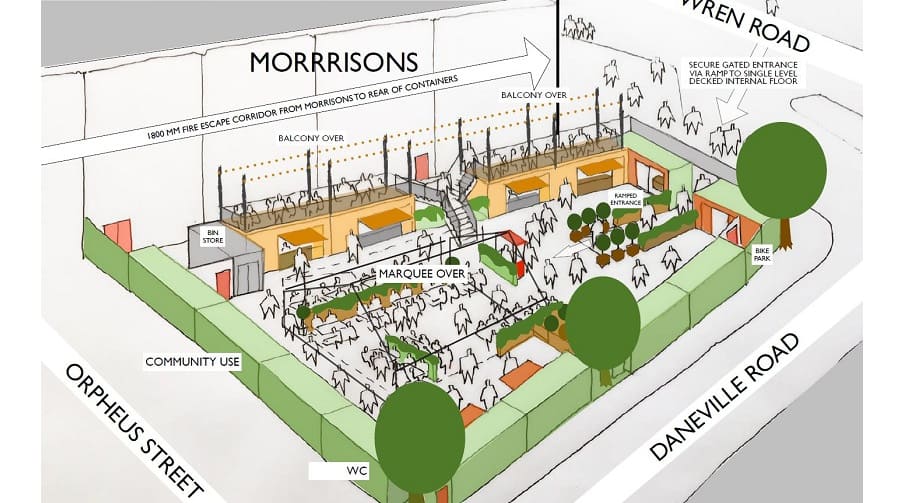 A developer has abandoned its plans to bring a box park to Camberwell.

MJW (MumboJumboWorld Ltd), which owns the Butterfly Walk Shopping Centre, had consulted on the idea of creating an enclosed area for eateries and shops, made from shipping containers.

But a letter sent to local councillors and residents this morning announced that a “key tenant” in the shopping centre had objected to the plans.

MJW had hoped to submit a planning application to Southwark Council in September.

The News has asked for comment from MJW, and two major tenants in the centre, Morrisons and McDonald’s.

McDonald’s has denied that they were the tenant referred to in the letter. No response has been received from Morrisons’ press office.

Chris Horn, a planning consultant and former Southwark Council officer, and who worked on the Yards project, previously said: “In terms of what’s on offer, we want there to be space for community use, and we want the shops and any food sellers to be independent and affordable and for it to have a bit of a buzz.

“We have done traffic surveys and work on noise, and we think it would actually be a lot quieter than what it’s used for now, which is as a loading bay for the shops.”