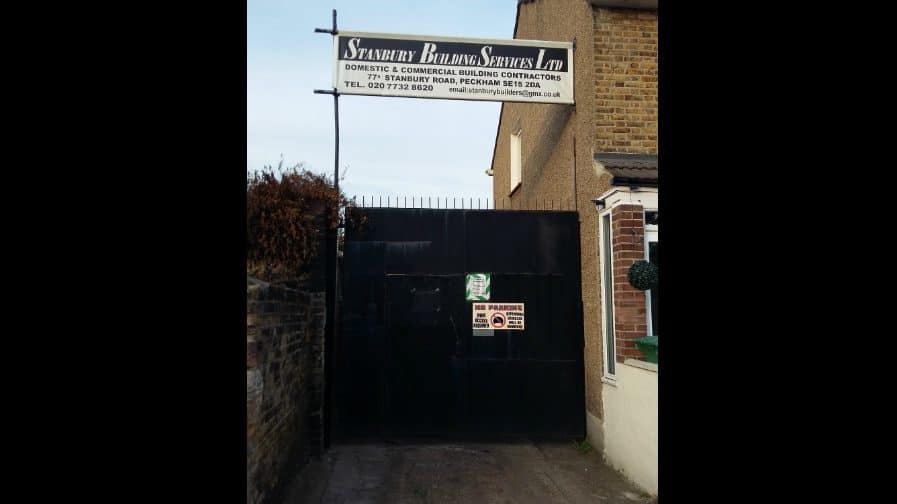 Peckham residents are breathing a sigh of relief after plans to build houses in a narrow alleyway behind their gardens were withdrawn for modification.

Emerson Property Ltd applied in May to build four houses in a yard hidden between Hollydale Road and Stanbury Road, occupied by Stanbury Building Services Ltd.

The application was withdrawn by the developers on June 8, much to the surprise of residents who had put together two petitions and submitted objections on Southwark Council’s website.

But Alex Stone of Emerson Property has told the News the plans were withdrawn so the company could modify the current proposals “in response to comments received from our neighbours”. “[And] carry out additional ecological surveys requested by the local authority that require time to complete thoroughly,” Alex said.

Hollydale Road resident, Angela Dapice, said: “I took a petition round all the houses up here. I’m glad they have withdrawn. Now let’s see what else they try.”

A previous attempt to build three flats and three houses was refused by the council three years ago due to the lack of space, light and “overbearing” impact it would have on neighbours.

“Because the council rejected the last one, we all honestly thought they would let it through. If it does it will be a bloody nightmare,” Angela said.

Kevin Rose, who has lived in Hollydale Road for eleven years, said the houses would have been right behind his house. Kevin said: “The thing for me was the extra problems with parking it would cause. We live next to Hollydale Primary School and we get staff from the council office parking here, plus people who park and use the underground on Queen’s Road.”

A young Hollydale Road couple told the News they objected, despite “not wanting to be NIMBYies”, but because they loved seeing a family of foxes who live in the builders’ yard and because bats live there.

Alex Stone of Emerson Property said: “The existing builders’ yard has been in a dilapidated state for many years. We, with our architects, wish to transform an uncared for resource into quality family homes.

“As part of the planning process we have consulted the local community, and in response to all comments received we have decided to modify the current proposals.”