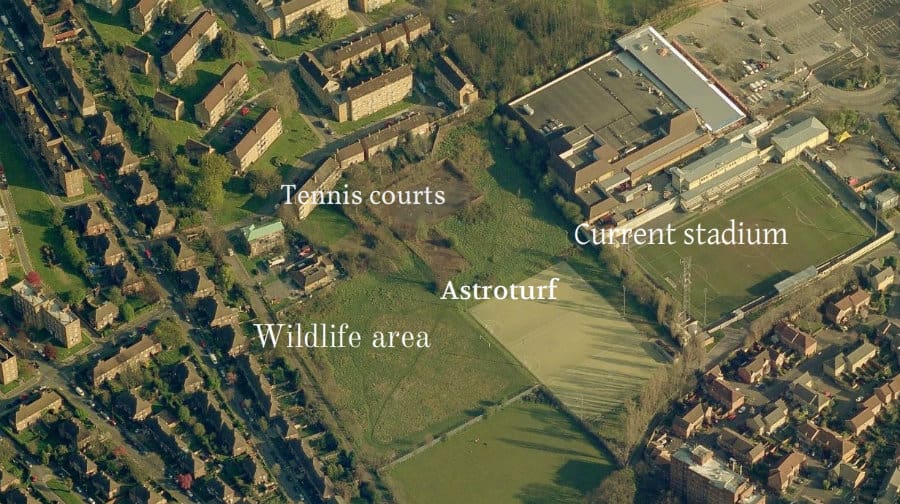 Developers hoping to transform Dulwich Hamlet’s Stadium and build 155 homes wants to appeal against the council for delays in deciding its controversial proposals.

A planning application was submitted by Greendale Property Company in April to rebuild the club’s stadium and put homes on protected land known as Green Dale Fields.

But Meadow Residential, which jointly owns Greendale Property Co, has grown “increasingly concerned” regarding the “lack of progress” for planning officers to schedule a decision. Planning law allows applicants to appeal if a council exceeds thirteen weeks to decide a “major” development.

The company’s hopes to rebuild the stadium were also dealt a blow last month when Southwark Council refused to remove protections from the Green Dale Fields land, where the companies hoped to build the homes.

The developer has said its reason for redeveloping the stadium is to “sustain” Hamlet’s future, because the club currently costs more money to run than it brings in each year.

A spokesperson for Meadow Residential said: “We have consistently said that the financial deficit of the football club cannot be funded indefinitely and that a long-term solution needs to be found at the earliest opportunity.

“We believe that the relocation of the pitch, the grandstand and the clubhouse, and the development of new homes elsewhere on the existing site, will provide Dulwich Hamlet with a sustainable future and help in bringing much-needed new homes to the area.”

The proposed new homes by the stadium

Councillor Mark Williams, Southwark’s cabinet member for regeneration and new homes was “deeply disappointed” with the attempt to appeal.

“We have been discussing this scheme with the developer as there were several things that we were concerned by in their submission, for example the design and also the amount of affordable housing, we therefore had not yet made a decision on this scheme,” cllr Williams said.

“We will now go back and make a decision based on the application as it stands to submit as part of the appeal process.”

Meadow Residential told the News its appeal to the government’s planning inspector has been received, but it has not yet been confirmed whether the complaint will be upheld.

Despite overwhelming support from Dulwich Hamlet fans, the plans to rebuild the stadium and build homes on Green Dale Fields have met dogged opposition from councillors and local residents.

Greendale Property Company previously said it would be “unviable” to meet the council’s target of offering at least 35 per cent of the 155 homes at “affordable rents”. This, they said, was because of the already high level of investment (£5m) they would need for the stadium.