“Developers will always aim to make a development look as costly as possible, so that they won’t have to provide affordable housing," campaigner said 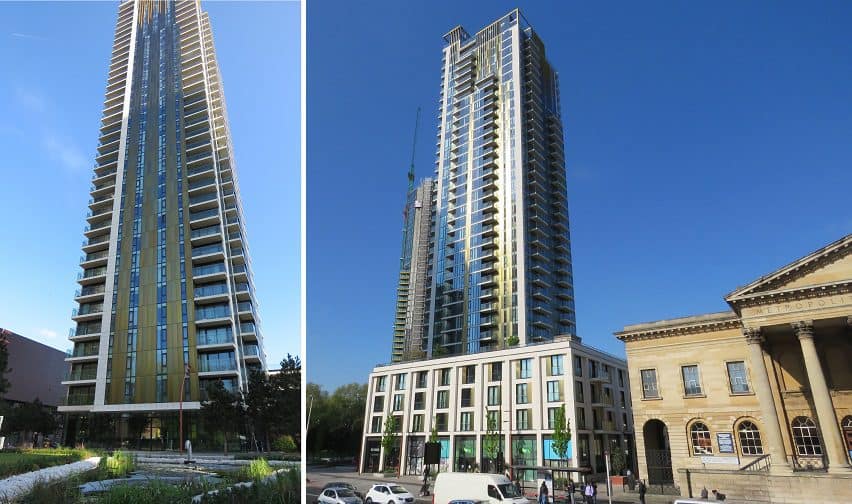 A damning investigation has revealed that a global property firm made tens of millions in profits from selling 282 luxury homes in Elephant and Castle, with zero affordable housing.

Records from Australian property giant LendLease show that every single flat in the 37-storey ‘One the Elephant’ tower block was pre-sold before completion in 2016.

The firm’s financial statements show the flat sales brought in revenue of AU$345m, or approximately £185m (based on average 2014-16 exchange rates).

The 35% Campaign, who published the investigation on their blog last week, estimated that LendLease spent less than £110m on all costs associated with building the mammoth block, leaving it with profits of at least £70m.

The numbers have caused the campaigners to ask why Southwark Council had given LendLease permission to build the block in 2013, with no provision of affordable or social housing.

LendLease paid the council a total of £22m in order to gain planning permission for the tower block, of which £20m was used by the council to build the recently-opened Castle leisure centre.

The £22m can be broken down into the following costs:

LendLease then spent £79m on construction, according to the company’s Portfolio Report published in December 2015. £0.9m was also given to the Greater London Authority. A LendLease spokesperson said there were also costs for marketing, and consulting with architects, engineers and local residents, but said they could not be disclosed as they were “commercially sensitive”.

Add it all up, and the 35% Campaign have assessed that LendLease’s overall costs came to approximately £108m.

Bermondsey man Jerry Flynn, who co-authored the 35% Campaign investigation, said: “It defies common sense that anyone could have looked at this scheme and not questioned whether LendLease would profit hugely from this.”

He said the profits showed that viability schemes (used to assess what level of affordable housing developer should provide, based on projected profit levels) could easily be “manipulated” for developers to avoid providing affordable homes.

“It’s only us who are saying they have made this amount of money, and it’s up to LendLease to clarify what their profits were from all the sales. But up until now they have said nothing,” Jerry added.

“You can look at all the different scenarios for the value of the land and the projected revenue from the sales, and it still shows how easily [viability schemes] can be manipulated in developers’ favour.

“Developers will always aim to make a development look as costly as possible, so that they won’t have to provide affordable housing.

“It should also be noted that they will be making money from the underground parking, and the lease they have given to Pret A Manger.”

A Lendlease spokesperson called the figures “materially overstated” and questioned whether the gross revenue figure for the flat sales had been converted from Australian dollars using an accurate exchange rate. However, they were unable to provide figures of their own.

“Our long-term partnership with Southwark Council is delivering huge investment for the Elephant and Castle community,” the spokesperson said. “We are proud of the contribution One the Elephant has made in transforming a previously derelict swimming pool into a thriving new place at the heart of the Elephant and Castle, with new homes, shops, a world-class community leisure centre and a significantly improved public park.”

The News asked the council whether it would call for an independent audit of LendLeases’s profits, or if it would seek to review its deal with the company to try to recoup any ‘excess’ profits.

Councillor Peter John, leader of Southwark Council, said: “The council is more than happy with the arrangement we made with LendLease regarding the profit share and we are confident that the outcome, which not only covered the costs of our new leisure centre, but provided additional funds to help us build new council homes in the Elephant and Castle area, shows how successful these agreements can be is creating benefits for the local community.”

LendLease are also the council’s development partner for regeneration of the Elephant Park site – formerly the Heygate Estate – which will include a quota of 25 per cent of new homes to be let at affordable rents.