Farouk passed away from cancer in November last year 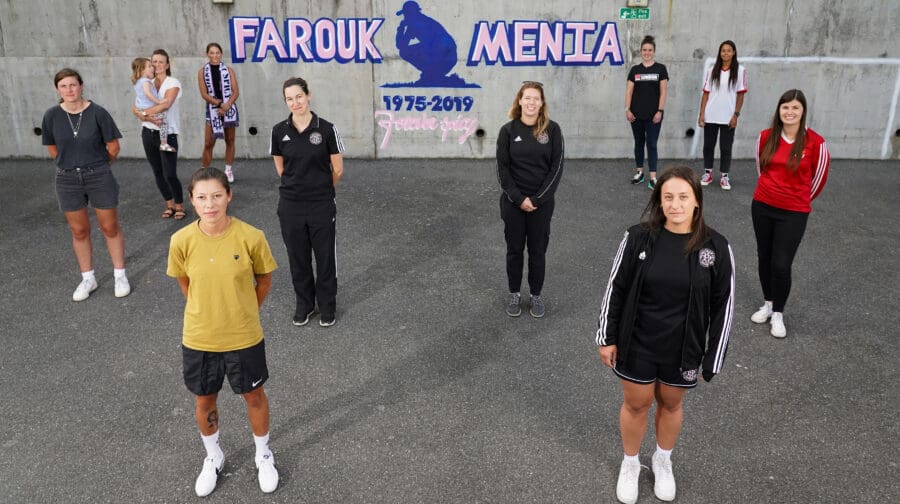 A DHFC women’s coach who carried on throughout his cancer diagnosis and treatment has been posthumously awarded ‘2020 grassroots coach of the year’ by the FA.

He continued coaching after his cancer diagnosis in 2017 and treatment, despite his deteriorating health.

Throughout his tenure, the club, which operated on a shoestring budget, competed and thrived against big names including QPR Ladies and Fulham Women.

Writing after his death player Zoe Elmore said: “It is impossible to put into words what Farouk brought to Dulwich, AFC Phoenix and us as players and individuals.

“He inspired, he pushed, he asked questions, he laughed – he made us the best versions of ourselves, on and (more importantly) off the pitch.

“The impact Farouk had on our lives will never be forgotten.” Along with driving the team around, making their sandwiches and paying for equipment out of his own pocket, he was known for his friendliness, sense of humour, and obvious passion for the game, with players describing the team as more like an extended family.

In a statement issued last week, he was announced as the FA & McDonald’s Grassroots Football Awards’ 2020 Grassroots Coach of the Year for Adult Teams winner, in a year with record numbers of nominees.

Sir Geoff Hurst, McDonald’s Fun Football ambassador and 1966 World Cup winner, said: “In what has been a hugely challenging year for the whole country, it feels particularly important to recognise the dedication of volunteers who work tirelessly to have a positive impact on their local communities.

“I have been involved with the Grassroots Football Awards since the very beginning and the stories of the winners never fail to impress me.

“Farouk’s family and his team should be extremely proud of his work and contribution to Dulwich Hamlet FC.

“His legacy leaves his club and women’s grassroots football in a better place than before he joined it.”

Local McDonald’s franchisee and football fan Terry Eagle said: “It’s an honour to recognise the work of people like Farouk Menia within the grassroots football community in London.

“Farouk’s selfless commitment is evident and his story really highlights the difference volunteers make to our community.

“I’m sure the club miss him greatly and I wish the team every success in continuing his legacy.”