The ever-popular fairytale BEAUTY & THE BEAST 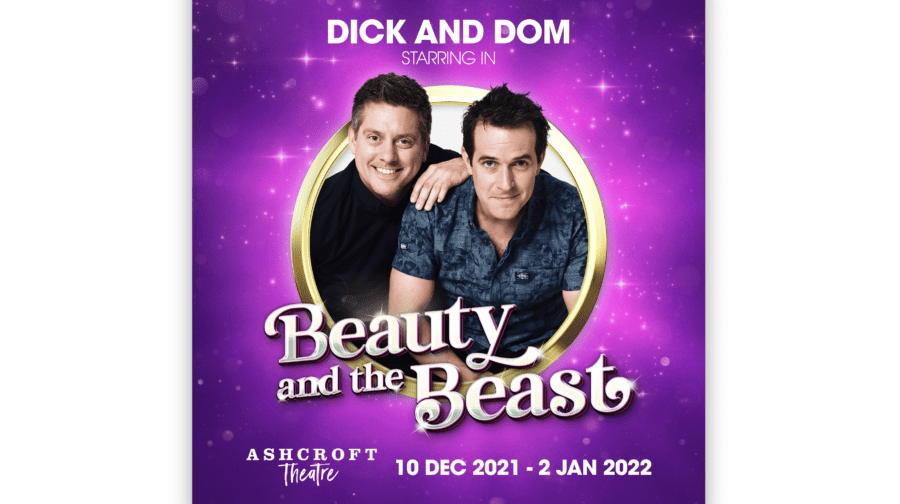 Fairfield Halls Croydon and Imagine Theatre are delighted to announce that pantomime will be back this year from 10 December 2021 to Sun 2 January  2022 with the ever-popular fairytale BEAUTY & THE BEAST starring DICK & DOM and DEREK GRIFFITHS.

Dick & Dom, real names Richard McCourt and Dominic Wood, will be known to audiences from their many hit TV shows including Dick and Dom in da Bungalow; Diddy TV; Are You Smarter Than a 10 Year Old; Absolute Genius with Dick & Dom and many others. They are no strangers to the stage either having appeared in the West End production of Spamalot plus their many pantomime and festival appearances. They can’t wait to bring their madcap comedy to this year’s show.

Dick says: ‘We are so excited to be back in the Theatre. This is also doubly exciting as we will be performing TOGETHER!! So expect double the trouble and double the laughs! Working alongside a hero of ours will make this an even more magical show’. 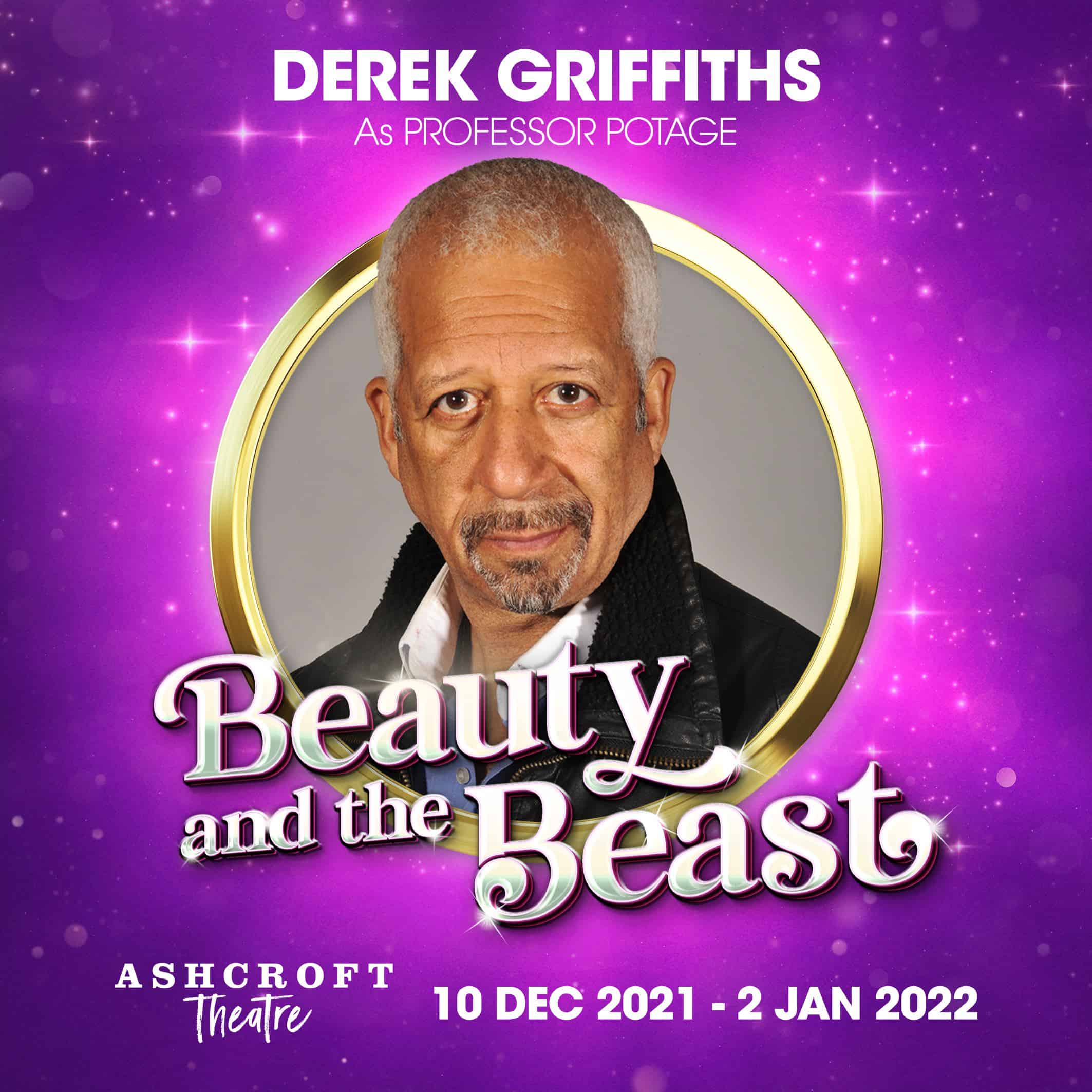 When it comes to pantomime legends, they don’t come much greater than Derek Griffiths who has been entertaining generation after generation since the 1970s. Derek has been a mainstay in British television since his early Play School days alongside the likes of Johnny Ball and Brian Cant. He Composed & voiced the music to the theme tune to Heads and Tails; sang and played theme tune to Bod and in the early 80’s played every single character in the TV show Film Fun set in a cinema. He also voiced the much-loved character, SuperTed. In recent years we have seen him on the cobbles of Weatherfield as Freddie Smith in Coronation Street.

Derek also has many stage credits to his name including the Child Catcher in Chitty Chitty Bang Bang at the London Palladium; Driving Miss Daisy and most recently he joined the London cast of The Mousetrap. Derek has appeared in countless pantomimes and in 1997 he originated the role of Lumiere in the original Disney West End production of Beauty & The Beast. This time he’s back in the pantomime version playing Belle’s father, Professor Potage.

Derek says:  ‘Drag your parents to see us, they’ll love it!’

Along with a stellar cast of Musical Theatre performers including Danny Whitehead as the Prince, and Nic James as Benedict Bourbon, and Elizabeth Ayodele as Fairy Fairfield, Beauty & The Beast promises to be the festive treat that the whole family can enjoy this Christmas. The pantomime will be staged in the Ashcroft Theatre and will have all of the ingredients that creates the perfect pantomime, a laugh-a-minute script, big song and dance numbers, lots of audience participation and a sprinkling of magic!