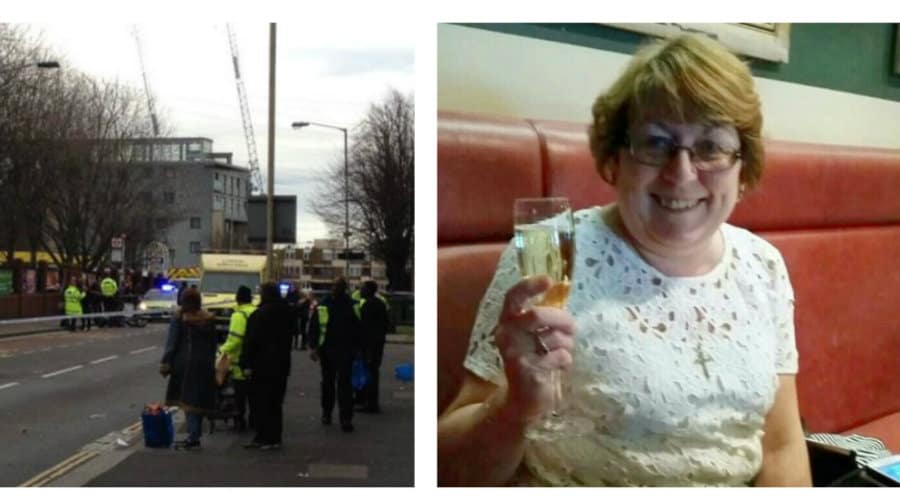 A dinner lady was lying in intensive care over the New Year after a motorbike rider allegedly ploughed into her and ‘left her for dead’ in the road.

Mother-of-three Mary Barrand was crossing Hanover Park in Peckham on Wednesday December 30 when a motorbike came “out of the blue” and collided with her leaving her with a shattered shoulder, fractured ribs, a broken leg and ankle and a punctured lung.

London’s Air Ambulance attended and the dinner lady at English Martyrs’ Roman Catholic Primary School in Walworth was rushed to hospital as a priority.

Mary, 56, spent five days in intensive care while her children sat by her bedside.

“It was horrible,” said Mary’s daughter Nicola Clarke. “She’s stuck in a bed and she can’t do anything.

“She’s been through a lot in the last couple of years, so it’s not nice to see her being knocked down again by this.”

“The doctors said she was very lucky because she could’ve had a head injury. As severe as it was it could’ve been a lot worse,” added Nicola

Nicola and her family are now asking anyone who saw anything that day to tell the police what they know.

“Please come forward,” said Nicola. “The scum bag who did this to her has left her with a punctured lung and multiple breaks which need surgery to fix. If anyone knows who is responsible or witnessed it happening and can help the police in any way to catch him, please call Southwark police.”

Headteacher at English Martyrs’ Primary, Hyacinth Appah said the whole school was praying for Mary’s swift recovery. “We wish her all the best. Our prayers are for her quick and safe recovery,” she told the News.

On New Year’s Day a 21-year-old man was arrested on suspicion of failing to stop at a scene of an accident and suspicion of theft of a motor vehicle. He has been bailed to a date in February.

If you have any information about the incident, please call Southwark police on 101 or Crimestoppers on 0800 555 111.