‘I am the demand’ says East Dulwich beauty clinic boss 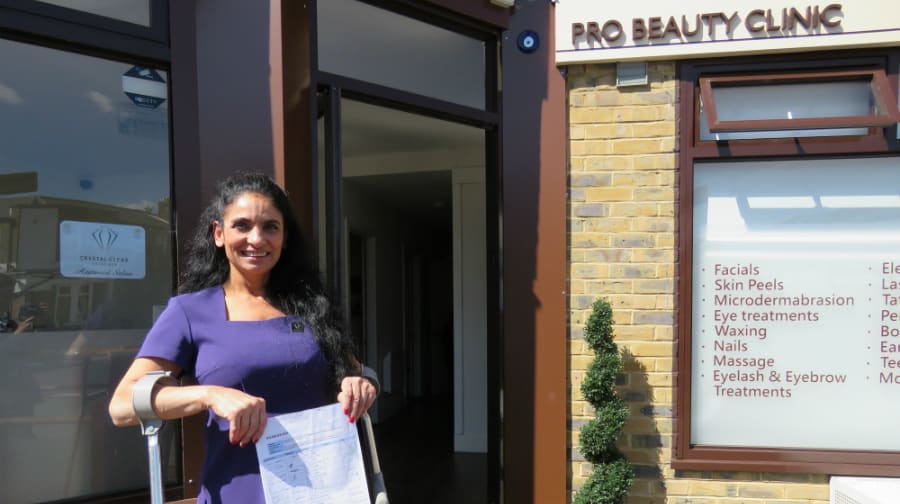 A disabled business owner has been refused a disabled parking bay outside her beauty clinic by Southwark Council – due to a lack of demand, Thomas Deacon Writes…

Hulya Arif, 55, one of the directors at the Pro Beauty Clinic in East Dulwich, applied for the space in July 2015 and was originally accepted.

The council later informed her that the request had been rejected, citing there was not enough demand.

Hulya, who is unable to walk or move around without crutches or a wheelchair, said: “I’m finding it difficult. There is a demand, I am the demand.”

“I have opened this business and it’s doing very well. Maybe it’s time the council did there bit.”

A petition has been started to show demand for the bay and has received hundreds of signatures, including from many other blue badge holders.

Huyla praised the support of Liberal Democrat councillor for East Dulwich James Barber, for supporting her plea and raising the issue with the council.

There is a disabled parking bay opposite the clinic, but this is often in use and other nearby parking spaces in the busy area are hard to come by.

“They are encouraging disabled people to get back to work but it’s harder when they do this.”

An increase in traffic around the clinic has meant Hulya is finding it more and more difficult to park near her business.

Disabled bays in the area are outside individual homes, but there are none for those visiting the local shops.

The council has offered to provide a ‘destination bay’, which can be used for up to four hours.

But as the clinic’s opening hours are longer than this, Hayul would run the risk of receiving a parking ticket.

Hayul is also having difficulties securing a disabled parking bay outside her home in Lewisham, which was removed after the introduction of permit parking.

The News contacted the council for a comment, but received no response at the time of going to press.