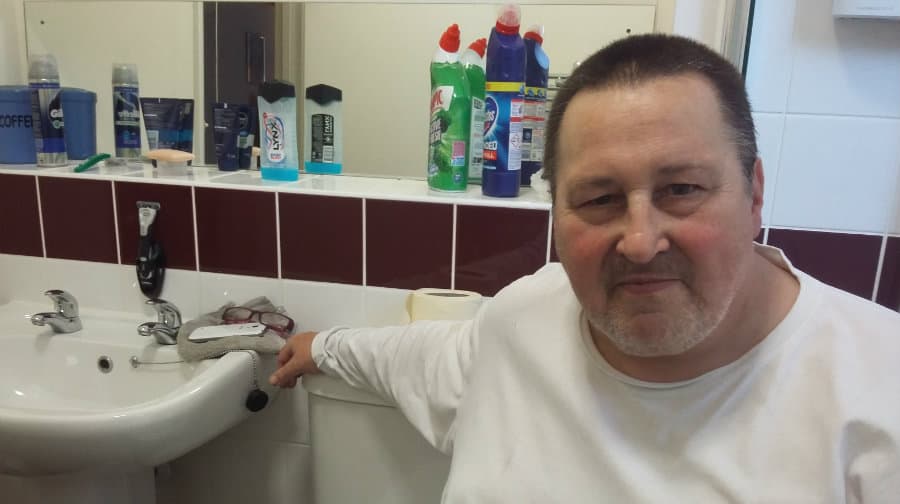 A disabled man was forced to wait four weeks for his housing association to fix his toilet, after rats chewed through sewerage pipes beneath his bathroom.

Kennington man David Norris, 60, told the News he was forced to go in a bucket rather than his bathroom, after contractors hired by Guinness Partnership repeatedly failed to turn up to emergency plumbing jobs.

“My whole house absolutely stank,” said David. “I didn’t realise what was happening until I noticed water was seeping under the wall.

“A rat must have come up from the sewer and tried to escape. It chewed an absolutely massive hole straight through my drainage pipe that connects to my loo.

“The rat was running around underneath my bath, I could hear it scrambling around going mad trying to escape.”

David said he was at his wits end when four separate appointments had to be cancelled and rescheduled. He was also beleaguered to find that his neighbour had dealt with the same issue.

The four-week ordeal was especially troublesome for David, who suffers from anxiety and panic attacks and does not like leaving his home. He also suffers from Siatica, a chronic nerve-pain in his back, which leaves him unable to drive or walk far from his house in De Laune Street. Throughout the ordeal he felt he had no one whose toilet he could ask to use instead.

Contractors finally came to relieve his problem on Friday. But David says they have still be unable to fix the tiles around his house, and have not done anything to deal with the rats, meaning they are now free to escape into the rest of his home.

“The house still,” David said “I have been getting through a new can of air freshener once every two days. It’s just not right how they can keep someone waiting when it’s an emergency and then not even fix it properly.”

A spokesperson from The Guinness Partnership said: “When our customers require repairs in their homes we always aim to attend to them as quickly as possible.

“We’re very sorry that our contractor missed their first appointment with Mr Norris, however we’re pleased that the necessary repairs have now been carried out and we’d like to reassure Mr Norris that his toilet remained functional during this time.”