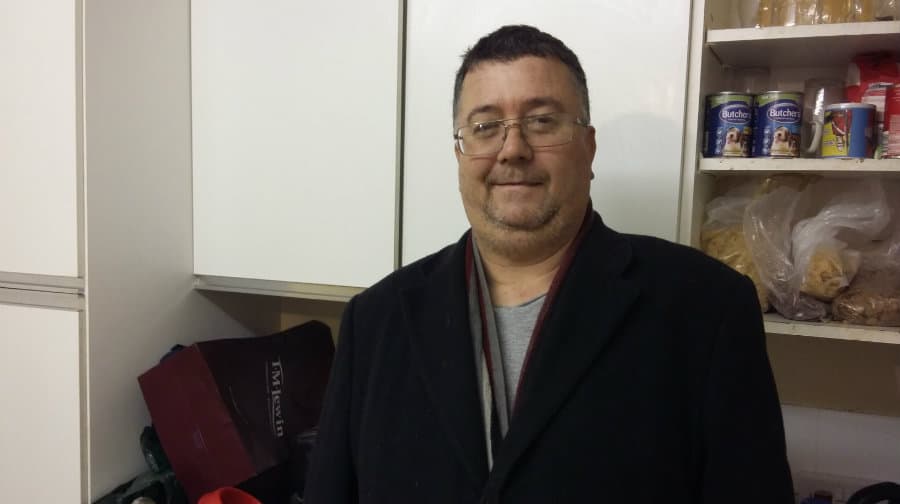 A Peckham man has said his calls to downsize from his four bed home into his late dad’s two bed flat have gone unanswered.

The former glazier says he would like to move into his late father’s two-bed flat in Stanswood Gardens, Camberwell, which has been vacant since his old man died in December from a brain haemorrhage. But he claims his requests to Southwark Council have gone unanswered.

“I feel like no one is listening, like I am hitting my head against a brick wall,” James said.

“It’s just me who lives here, besides my carer who stays three nights a week.

“I have very high blood pressure and have problems sleeping. I need a walking stick and I can only climb so many stairs. This house has five flights of stairs and I struggle getting around.

“Really I would like to move into my father’s old place. His two-bedroom house only has ten steps, and would feel more like home to me.”

James buried his father after Christmas, and his old council flat remains empty.

“No one lives there now,” James said. “So it would be better for me to have his old place, and a new family could move in here. I have asked the council to move me on medical grounds, but they keep rejecting me. I need a house that’s suitable for my needs. Something with a kitchen and everything I need on the ground floor.

“It feels like this could easily be sorted but the council is just giving me the run-around.”

Councillor Richard Livingstone, cabinet member for housing, said: “Sometimes it is difficult to explain why someone can’t immediately move into a specific vacant property, but we always have to start from scratch, advertise the empty home for those on the waiting list to bid on, and allocate on the basis of need.

“I sincerely hope a suitable one-bed property becomes available to Mr Andrews and the situation is resolved very soon.”