“My eight-year-old has Epidermolysis Bullosa which means she is missing a layer of her skin so it breaks easily and causes blisters. The exposure means she can’t be near germs" 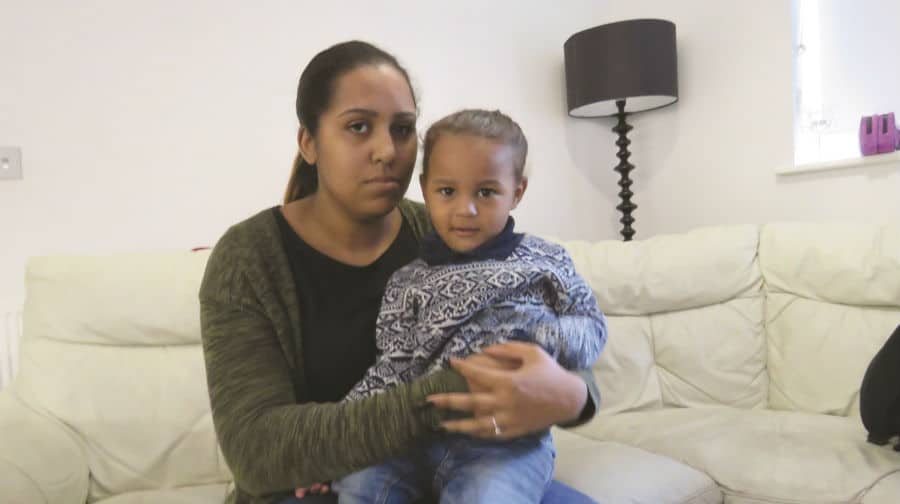 A single Bermondsey mother of a disabled child vulnerable to infections has had to endure sewage pouring out of her toilet despite asking Wandle to help.

Chantelle Roye, of Cooperage House in Long Lane, has complained of sewage from her neighbours flowing onto her ground floor since she moved there in May, but claims her calls for help have been “ignored”.

“The pump outside does not work, which means everyone’s waste comes into my flat,” said Chantelle.

“They [Wandle] sent someone out five times but they were the wrong people each time. Environmental Health had to get involved and then Wandle put me up in a hotel.

“My eight-year-old has Epidermolysis Bullosa which means she is missing a layer of her skin so it breaks easily and causes blisters. The exposure means she can’t be near germs.

“Wandle have been ignoring me about the problem, saying I need to sort the plumber out.

“I also have a five-year-old and two-year-old. It’s disgusting that they treat us like that for so long.

“It has ruined all of my stuff. Everything on the floor is ruined. I was without a toilet for days and had to take a bucket outside like in Victorian times. It’s been a nightmare.

“I feel stressed and alarmed because of it and need support. It’s our first Christmas here and we might have to be in a hotel.”

Southwark Council’s Environmental Health took action this week using section 43 of the Housing Act 2004, meaning no one can use the premises for sleeping or “any other residential purpose” due to there being an “imminent risk of serious harm” to the health and safety of the occupiers.

A Wandle spokesperson said: “The wellbeing of residents is always our number one priority. After visiting Chantelle’s home and assessing the situation, we quickly made arrangements to temporarily move her and her family whilst we investigated and resolved the problem.

“The pumps, which serve the entire building, have been breaking down because nappies, wet wipes and cooking fat have been flushed into the system.

“We have cleared the pumps on numerous occasions and have written to all the households at Cooperage House asking them not to flush such items.

“We understand this is a very difficult and distressing situation for Chantelle and her family and we continue to do everything we can to support her and the other affected households.

“We have been in regular contact with the London Borough of Southwark and are working with them to return the homes back to a good standard.”