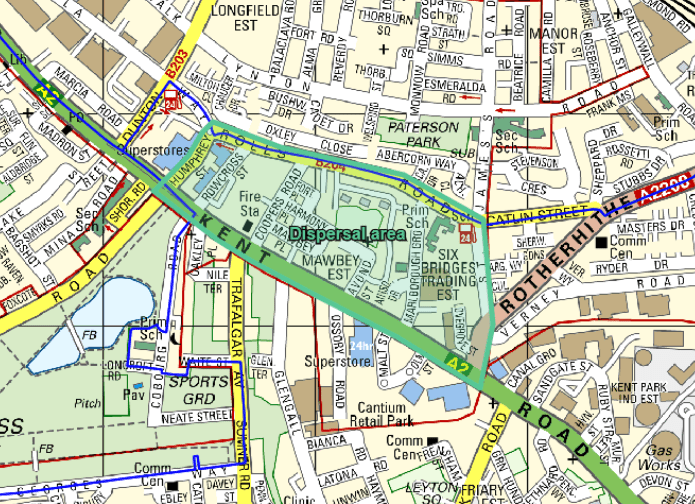 Police have authorised a dispersal order around the Old Kent Road after men allegedly blocked the road to film a drill video.

Cops were called to the road at 10.15pm last night to “numerous calls” from the public, saying that a large group of men were blocking the Old Kent Road, fighting, shouting, and playing loud music.

They were also reportedly filming a drill video.

Some of those men were believed to have links to local gangs, said top cop, Ch Supt Colin Wingrove, the borough commander for Southwark and Lambeth.

He added that officers have authorised a Section 35 anti-social behaviour order “in response to this incident”, and “to quell further acts likely to cause harassment, alarm or distress to members of the public.”

The order gives officers the power to bar individuals from the area for up to 48 hours, if they believe they may be antisocial.

The order lasts until 10.55pm on Saturday, October 3. It covers the area bounded by Rolls Road and St James’s Road to the Old Kent Road.