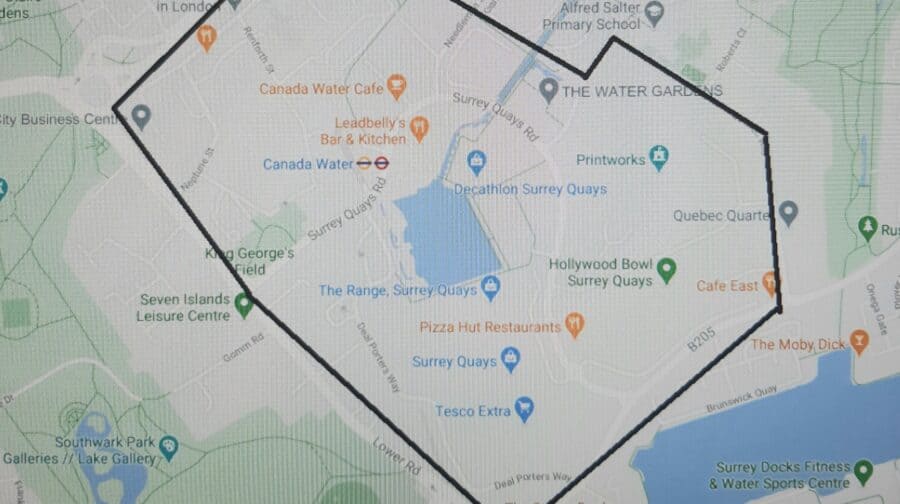 A 48-hour dispersal order is now in place in Canada Water and Surrey Quays until 4pm on Sunday.

Southwark Police said the order, which started on Friday, at 4pm, was imposed after ‘persistent anti-social behaviour by youths in the area’.

This map (pictured) details the area covered by the order.

On Thursday a group of young people on bikes were filmed in Deal Porter Square by a bystander.

They appeared to throw firecrackers at pedestrians and toward Canada Water library.