The order will be in place this weekend 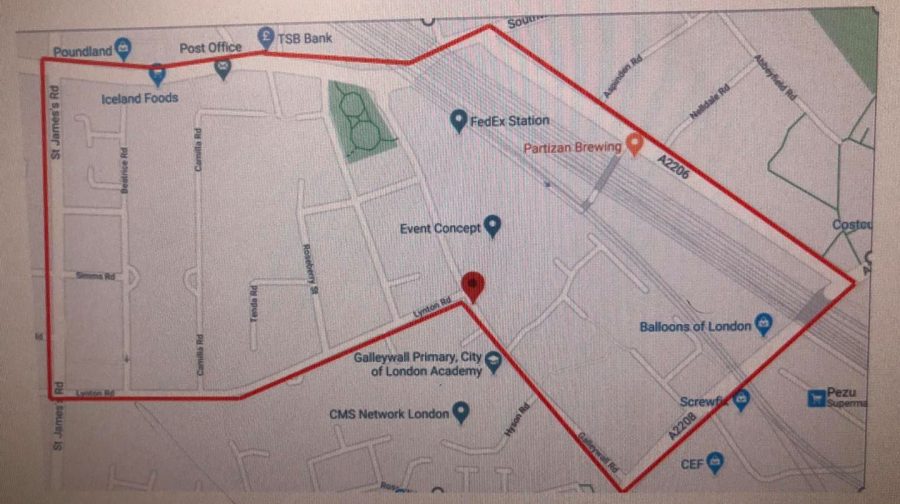 The area the order will cover from Friday, 4pm for 48 hours

A dispersal order will be put in place for the area around Bermondsey’s Blue this weekend after fears of unlicensed music events.

The Section 35 dispersal zone gives police powers to arrest those thought to be involved in antisocial behaviour if they don’t leave then asked.

The zone will last between Friday at 4pm to Sunday, at 3.59pm.

“We have put in place a Section 35 Dispersal Zone in response to concerns regarding anti-social behaviour and unlicensed music events in the area outlined,” say South Bermondsey police.

It comes after a similar order was made for the area immediately surrounding and including Southwark Park last weekend.

This too was in response to concerns over antisocial behaviour.

WHAT DOES A S35 order entail?

To use Section 35, an officer must have reasonable grounds to suspect that the behaviour of the person in the area has contributed to, or is likely, to lead to members of the public in the area being harassed or lead to the occurrence of crime or disorder in the area.

For those under the age of sixteen, it means officers may be removed to their home address or place of safety if there is suspicion of antisocial behaviour.

Failing to leave an area when directed by a officer is a criminal offence, and could lead to arrests.

Looks like Southwark are completely out of their depth as usual. Lots of talk but no action