Shaidat Olufowobi was ordered home from her shift at the luxury hotel when she wouldn't remove her religious headscarf. 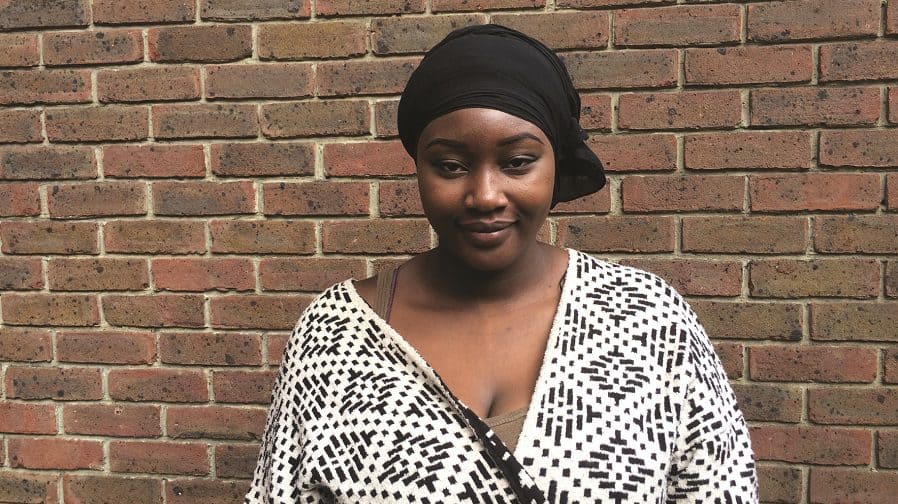 A Bermondsey teenager was left “crying and shaking” after she was sent home from her job at the Savoy Hotel because of her religious headscarf, according to an anti-discrimination charity.

Shaidat Olufowobi was working an agency gig at the luxury hotel on June 13 when she claims she was ordered by a staff member to remove the scarf, which she wears as part of her Muslim faith.

The distraught 18-year-old said: “First off he called it a ‘bandana’, as if it was a gang thing or a fashion choice. He confronted me in front of everyone, it was so embarrassing. So many people were watching and I was really scared.

“I told him it was for my religion and he looked sceptical. Then midway through my shift, a completely different person came over and said there was a problem with the headscarf. He pulled me aside when I was serving a customer and when I wouldn’t remove it he said I should leave.”

Tell MAMA, a charity that fights racism against Islamic people, has slammed the Savoy and accused them of “direct discrimination.”

In a letter sent to the hotel and seen by the News, the charity’s director Fiyaz Mughal said: “Section 13 of the Equality Act (2010) makes clear that direct discrimination involves treating someone less favourably because of their protected characteristic, in this case, the religious belief and Hijab (headscarf) of Shaidat.

“We would like to add that Shaidat was later found crying and shaking by one of her friends and after a conversation with her today, her confidence has been severely shaken by the actions of managers in the Savoy hotel.”

He also told the News: “This is deeply worrying and the Savoy need to take seriously what she has asked for. Large companies must realise that they are duties on them which they must comply with.”

Shaidat and Tell MAMA are demanding an apology from the hotel, as well as a promise from management that equality training will take place within six months. She also requested a donation be made from the hotel to a charity of her choosing.

Shaidat said that, other than “a couple of racist comments from silly kids while walking down the Blue”, she has never been subject to discrimination before.

She said: “I know this sort of thing happens in France where they have different rules regarding head scarves, but it shouldn’t happen in London in 2015.”

A spokesperson for The Savoy told the News: “We are aware of a misunderstanding that took place between a colleague, supplied by an agency and The Savoy. We worked together with the agency to resolve the misunderstanding.”

They added that they responded directly to the letter sent from Tell MAMA.

The Savoy have a dress code and they should be able to enforce it. Niqabs and hijabs represent the uniform of political Islam rather than religious symbols and as such they should not receive protection.

I would suggest that what is being worn in the photo is not actually a Hijab anyway. A hijab worn for religious reasons is intended as a modesty item and covers the hair and neck. A lady wearing the hijab would also be usually expected to dress modestly, and definitely not be showing cleavage.

There is nothing political about a woman’s religious headcover except the politicizing of it to condone discrimination. Discrimination did not occur in this case because as noted by #TheNotoriousBGA what is being worn in the photo does not depict hijab. Hijab is much more than the cloth on your head and it does not go with cleavage apparent.

Islam is more a political ideology than a religion and the modes of dress associated with Islam are essentially a political statement. A total refusal to integrate and give way in any way, shape or form to other values that are not Islamic. It is nothing more than an expression of soft )non-violent) jihad. The best definition of jihad is the process of imposing Islamic values whether that be on ones self, the so-called ‘greater jihad’ or on others via violent or non-violent means, the so-called ‘lesser jihad’. In either case the effect is the same, namely, the Islamisation of society. The only variable is the rate at which the process occurs.

Given this ruling by the ECHR, which allowed Turkey in the 1990s to ban a political party that advocated the introduction of Sharia law, I would contend that the Islamisation of any society is something all right minded people ought to oppose:

ECHR: Noting that the Welfare Party had pledged to set up a regime based on sharia law, the Court found that sharia was incompatible with the fundamental principles of democracy as set forth in the Convention. It considered that “sharia, which faithfully reflects the dogmas and divine rules laid down by religion, is stable and invariable. Principles such as pluralism in the political sphere or the constant evolution of public freedoms have no place in it”. According to the Court, it was difficult to declare one’s respect for democracy and human rights while at the same time supporting a regime based on sharia, which clearly diverged from Convention values, particularly with regard to its criminal law and criminal procedure, its rules on the legal status of women and the way it intervened in all spheres of private and public life in accordance with religious precepts.

In other words sharia law, a central tenet of Islam, is “undemocratic and incompatible with human rights”. Damning words from the most senior court in Europe.

What does any of that have to do with the article? Going on political tangents are akin to those who have misappropriated a body of beliefs and mislabeled them Islam, and their actions mislabeled jihad. Opinion does not make fact. I have said my PEACE.

The basis of the article concerned the acceptability of a mode of Islamic dress within a work environment and modes of dress within Islam are ‘policed’ by sharia law.

As for claims that groups like ISIS have “misappropriated” Islamic beliefs, al-Baghdadi has a PhD in Islamic studies and if you read this excellent work by Mohammad Khan which based on early Islamic biographies of of Muhammad and other Islamic texts you will see many similarities between the actions of early Islam and ISIS.

When you can give some substantive evidence that the European Court of Human Rights got their judgement wrong about sharia you may have something worthwhile to say, as it is your arguments appear to be substantiated by nothing more than your opinion.