Do you know how Jiffy came to be 'dumped' on Rotherhithe's Abbeyfield Estate on June 3? 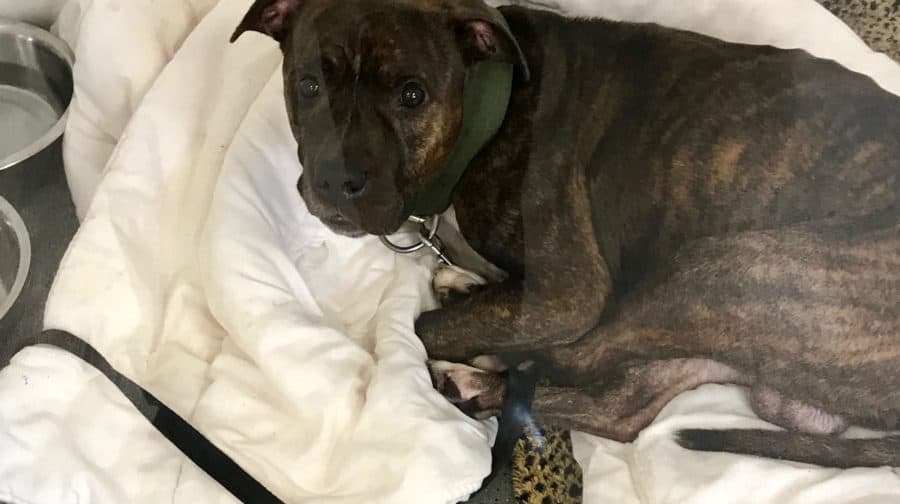 The RSPCA want to hear from anyone who knows how Jiffy came to be left on the estate that night Image: RSPCA

A little Staffie was allegedly ‘dumped’ over a 5-feet fence late at night on a Rotherhithe estate – and now the RSPCA have launched an appeal.

The “distressed” dog, named by rescuers as Jiffy was reportedly dropped over the metal fence of an enclosed grass area of Thaxted Court, Abbeyfield Estate at around 11pm on Monday June 3.

The man who dropped him over the fence reportedly tied the poor creature to it, before running off, witnesses told the RSPCA.

A concerned member of the public climbed over the fence to remove the dog and then kept him safe until RSPCA animal collection officer Monica Faloona arrived on the scene.

She took him for a check-up at Putney’s animal hospital.

Monica said: “We are very grateful to everyone who tried to help this poor little dog especially as it was quite late at night.

“Jiffy, as we have since named him, was really stressed by his ordeal, but despite everything he had been through he is still extremely friendly.

“It’s just really heartbreaking to think of how he must have felt being dumped over a fence and then left there in the dark in a place he didn’t know.

“Thankfully he was not injured, he stayed at the hospital overnight and has since been transferred to a private boarding facility.”

Jiffy is around three to four years old, brindle and white in colour, and was not microchipped or neutered.

RSPCA inspector James Whipps is investigating and urged anyone with information to get in contact.

He said: “I am keen to hear from anyone who might know who owned Jiffy or who may have any information regarding the circumstances as to why he was left to please call me in confidence on the inspectorate appeal line on 0300 123 8018.”