District heating nightmare: ‘I heated my flat with the oven on Christmas Day’ 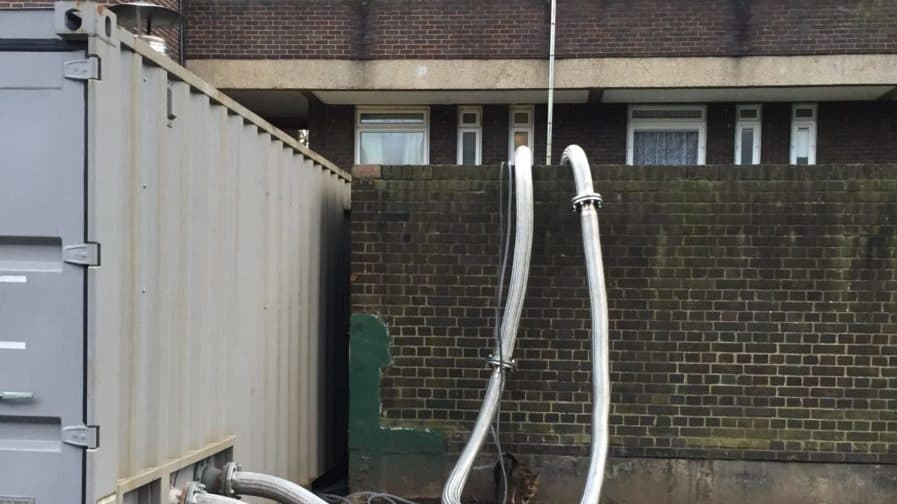 John Ruskin Street residents were left freezing cold over Christmas when Dighton Court’s district heating system ground to a halt – with one woman forced to heat her flat with an open oven on Christmas Day.

Leaseholder Chloe Hill, who pays around £2,000 every year in ‘extortionate’ service charges, says problems with unreliable or completely broken heating and hot water since 2016 had left her “completely exhausted, mentally exhausted, and worried for other people who are not as able as I am.”

Among the neighbours, living near and also left in the cold over the holidays are clinically extremely vulnerable shielders, and an 87-year-old.

Although numerous calls and emails were made about at least eight households being affected as far back as November, the problem remained unfixed by December 29 when a contractor arrived and, misidentifying the issue, conducted unnecessary work inside vulnerable residents’ flats, it is alleged.

A temporary boiler, diesel fuelled, was finally installed on January 3 after the complaints were escalated to council leader Kieron Williams.  Although most flats are now back up and running, some homes remain without heating. 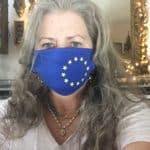 “I am astonished that I have had no explanation from the council,” 56-year-old Ms Hill adds, when asked what reasons were given for the apparent delay and miscommunications.

She says other problems reported include a radiator in her home that leaked for ten weeks straight and was only repaired after six separate visits, and contractors arriving without any warning, no ID and – most shockingly – no PPE.

Frustratingly, when an engineer attends but the problem is not fixed, residents have to wait several hours before they are able to report the fault again – wasting valuable time.

Particularly galling is the huge cost levelled on leaseholders, who will not only end up paying higher bills from fan heaters and temporary boilers, but also have to burden major works bills.

“Not knowing what the heating costs per day are with this temporary new boiler is a massive worry,” Ms Hill says.

As an artist she has already been financially hit by the pandemic and is currently living on her savings. She is now dreading the next adjusted service charge bill.

She says the problems with the district heating have been so numerous and long-winded to fix that contractors OCO Ltd are ‘almost ever-present’ and trying to get complaints taken seriously is like ‘groundhog day’.

“Patching up doesn’t work,” she reasons. “We’re going to be paying a lot of money either way, so I’d rather the cost was going toward a new, functioning, clean system that actually worked.”

A feasibility study into future works has, however, been delayed due to Coronavirus.

Meanwhile, the News has also received reports of similar outages over Christmas on Peckham’s Consort Estate and, most recently, all eighty households in Old Kent’s Road’s Sylvan Grove were believed to be without heating and hot water for at least two days, due to a changeover in how credit is topped up with its energy supplier.

One woman, an infection control nurse, tweeted the council saying she, her elderly mother, and her four-year-old child had been without heating since January 6 with no way to top up their credit. Welcome packs detailing the new system reportedly only arrived four days after it had already gone live.

Communal boilers are at the end of their lifespan

There are no quick fixes when it comes to district heating problems, as residents on some of the most beleaguered estates will only know too well.

In February last year, the News reported that it would cost at least £350 million to improve the ageing system across the borough, and ensure it met green targets. Some of the communal boilers are up to 40 years old and at the end of their lifespan.

There are 120 heat networks in Southwark, serving 17,000 homes, many of which are already obsolete. Replacing all of them is a huge undtertaking and will take years. But patching up problems before major works are fully consulted on and costed comes at a huge financial outlay, too.

In January 2020 we reported that half a million had been spent on fixing up Aylesbury Estate’s communal heating to prevent another winter of discontent – but it still broke down and was only up-and-running again with the help of temporary boilers – just like Dighton Court.

It’s the same issue Silverlock Estate in Rotherhithe Southwark and decades been failing our district heating systems so my heart goes out to those other residents of Southwark I know what they go through when it’s cold and they can’t wash up or wash with very vulnerable people here this London Borough too and with major works earmarked never commence also. They charge for district heating all year round so maybe it’s time we all as residents with this failed service of heating and hot water and no LBS accountability say enough refuse to pay the charges we incurred or look to request refunds as is our legal right leaseholders too charged on consumption many I know look to sue rather than let Southwark law unto themselves who never consult anyone throw good money after bad millions in unacceptable waste we end up paying long term also! Time to take a stance I feel as a resident suffers this also say enough is enough especially too when all these so called new developments many close proximity to heating system estates fail don’t seem despite Southwark promises to get profits reinvested in existing decaying housing stock either!

Heating should be separate from the service charge. There is a lot of waste and we all have to share that cost. I’d rather heating be pay what you use.

Southwark NewsNewsDistrict heating nightmare: ‘I heated my flat with the oven on Christmas Day’