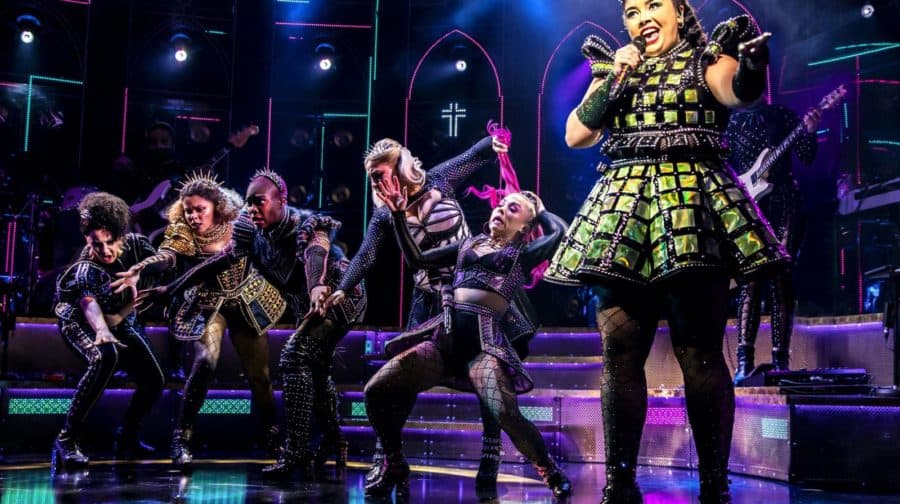 Electrifying musical phenomenon SIX by Toby Marlow and Lucy Moss will move to its ‘forever home’ in the West End when it transfers to the Vaudeville Theatre.

SIX has been running at the Lyric since 21st May, where it has been playing to socially distanced audiences since it moved from the Arts Theatre, and will perform an 8-show week at the Vaudeville Theatre with its current cast until Sunday 14 November. An all-new cast (to be announced) will perform from Tuesday 16 November. 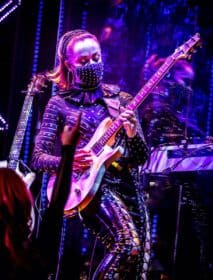 Tickets for SIX at the VAUDEVILLE THEATRE will go on sale at 8am Thursday 15 July via sixthemusical.com or www.nimaxtheatres.com

SIX has become a global phenomenon since its early days as a student production in a 100-seat room at Sweet Venue during the 2017 Edinburgh Fringe Festival. As the pandemic struck, SIX was playing to sold-out houses in London’s West End, across the UK and Australia, and had its opening night in New York on Thursday March 12, 2020 cancelled when the New York Governor shut down Broadway three hours before the show was due to open.

SIX was nominated for five Olivier Awards including Best New Musical. It won the BBC Radio 2 Audience Award for Best Musical at the Whatsonstage Awards, performed on the results show of ‘Britain’s Got Talent’ and has performed annually in front of thousands at West End Live in Trafalgar Square.

The studio album has clocked up more than 200 million streams making it the second highest streamed cast recording in the world, second only to the ‘Hamilton’ original cast recording.