Do you have the skills of a ninja? 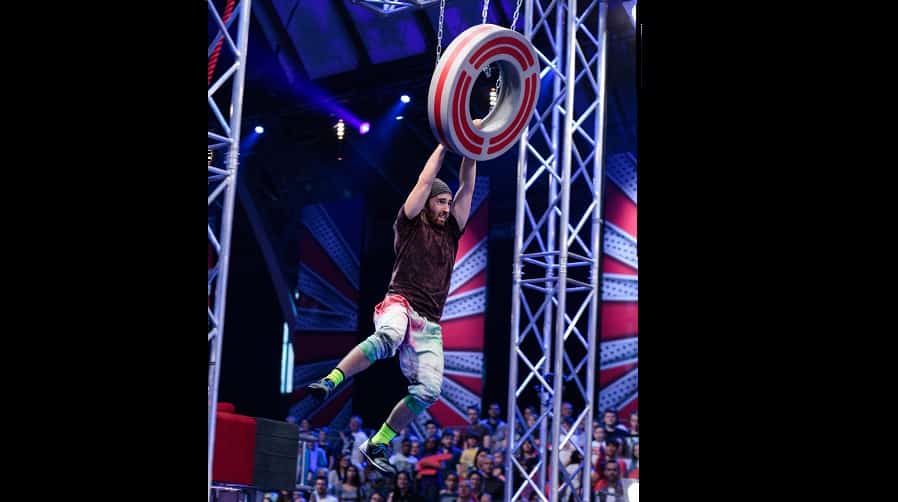 Jacob on Ninja Warrior, in an episode set to screen on January 21 ©ITV Plc

A Ninja Warrior contestant is bringing his own version of the hit Saturday night ITV show to Bermondsey, in weekly classes starting this month, writes Kirsty Purnell…

Jacob Peregrine-Wheller, whose attempt at the TV show’s assault course will be shown on January 21, will be teaching his unique blend of parkour – also known as freerunning – and Ninja Warrior in partnership with Arch Climbing Wall.

Participants can look forward to taking on obstacles, from overcoming seven foot walls, learning six types of vault and “getting from a to b – without touching the floor.”

“I’m looking out the window and I can see two walls. The object is to get from one wall to the other by swinging and climbing,” said Jacob, 27. “That’s the sort of challenge people can expect!”

Whereas that may sound like a super-human feat, Jacob’s positive that his sessions are for all abilities and are geared toward having a good time.

“You’ll leave having fun – that’s the whole point of my classes,” said the 27-year-old, who’s been coaching parkour for nine years and runs his own business – West Coast Parkour.

“You’ll get a new sense of what the human body can achieve.”

Getting onto the latest series of Ninja Warrior was a dream come true for Jacob who auditioned unsuccessfully for the first two.

“You’ve got one thousand people clapping and screaming and all I wanted to do was just get through the first round.”

“I didn’t do it in the most conventional way, though. You’ve got a choice. You can just do the obstacles. Or, you can pratt and play around a bit – which I did!”

Parkour is gaining massive popularity across the country and was recognised as an official sport in the UK on Tuesday.

“Parkour is known for its philosophy – it’s a mind-set for life,” said Jacob.

Classes cost £15 per person and are limited to 10 people per session. First come first served. Sessions will start on January 30 at A.04 Tower Bridge Business Centre, Drummond Road, SE16 4DG

Southwark NewsNewsDo you have the skills of a ninja?