Do you know the Pilgrim Pub ‘booze burglar’? 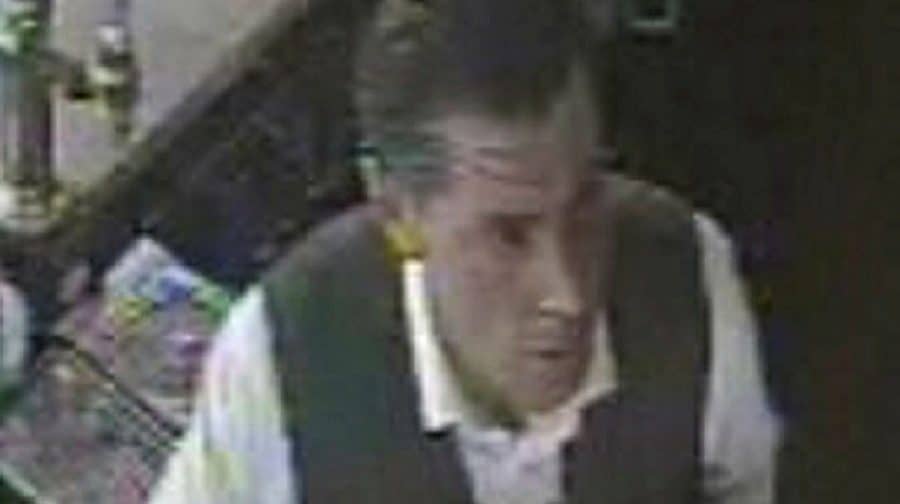 Police hunting for a burglar who nabbed several bottles of alcohol from a Kennington Lane pub have released a CCTV image of a potential suspect.

Officers were called to the Pilgrim on Tuesday, June 12, after a company stock-take discovered that several bottles of alcohol were missing.

CCTV showed that a burglary took place at 10.38am on Wednesday, June 6, while staff were in the pub’s beer garden, and a suspect was captured on camera.

He is described as a white man in his 40s, with swept back hair who was wearing a black waistcoat and white shirt, and now police are appealing for information to help them identify him.

Lambeth CID are investigating and have not made any arrests.

Alternatively, you can give information anonymously through Crimestoppers o 0800 555 111 or online at www.crimestoppers-uk.org.