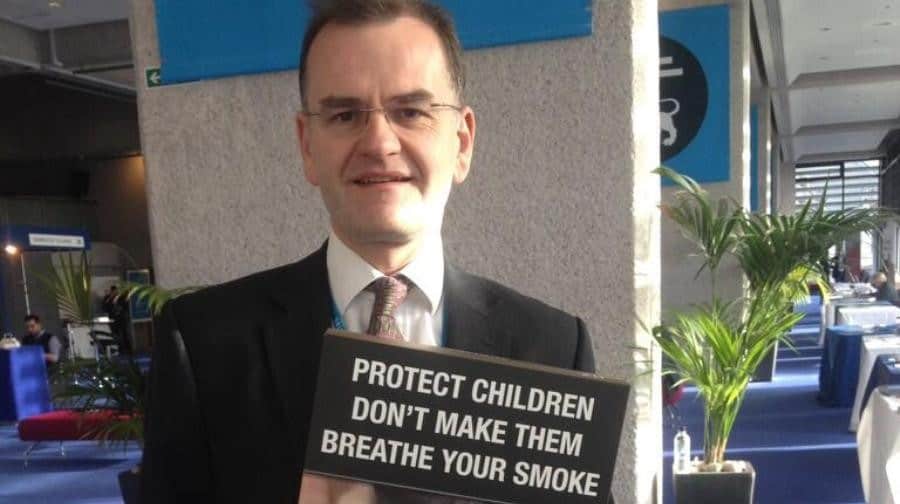 A leading lung doctor has branded Simon Hughes a hypocrite after he was pictured at a cancer centre event in Southwark the day before he voted against introducing plain cigarette packaging.

A majority of MPs voted to support the legislation on March 11, which is designed to reduce the appeal of smoking, particularly with young people.

Dr Nicholas Hopkinson, a respiratory consultant who lives in Borough, said he was “appalled” that his MP did not support the measure, which he believes could help save lives.

Dr Hopkinson’s research in 2013 found that 68 children a month take up smoking in Southwark alone and 200,000 a year nationwide.

“The packets are the only way the tobacco industry can still advertise. We know that children are affected by packets and advertising,” said Dr Hopkinson, who added that current research indicates plain packaging would lead to a two percent decrease in children taking up smoking. “That’s 4,000 children and 40,000 years of life,” said Dr Hopkinson, who was bemused to see pictures of Simon Hughes at the launch of the new Dimbleby Cancer Centre the same week.

“What I’d like to know is how he can on the one hand turn up to a photo opportunity to celebrate the opening of a cancer centre at Guy’s and then vote against a measure that is supposed to reduce smoking,” he said.

Simon Hughes at ‘topping out’ ceremony for new cancer centre

Simon Hughes, MP for Bermondsey and Old Southwark, said: “The absolutely best way to help and encourage people to stop smoking or for young people never to take it up is improving education and awareness. It’s also right that those who do not smoke, particularly children, are protected which is why I supported and voted for the ban on smoking in public places and the increase in the age at which cigarettes can be bought to 18.

“However, we must always be guided by the evidence and also make sure we do nothing that inadvertently makes smoking appear more attractive to young people. I will keep listening to all sides of the argument, but I have not yet been persuaded that this change would have the impact intended.”