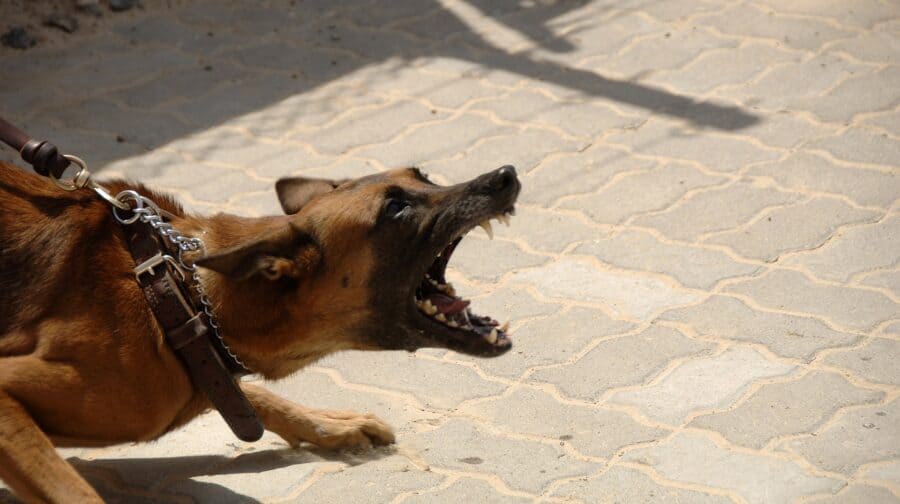 Dog owners who do not stop their pets biting postal workers’ fingers though the letter box can now be sent to prison for up to five years – whether they were at home during the attack or not, writes Kit Heren…

The High Court ruling comes as dog attacks on postal workers in south-east London more than doubled in just one year, according to official figures.

Attacks in the SE postcode, which includes Southwark, went up from fifteen in 2018/nineteen to 31 in 2019/20, according to the Royal Mail.

The new ruling, made as a clarification of the Dangerous Dogs Act, took place in May but reporting restrictions were only lifted in September.

Royal Mail brought a legal case after 2,445 postmen and women were injured by dogs in just a year. Some 650 postal workers have been attacked by dogs when posting mail through the letterbox since 2013.

Postwoman Angela Chapman said: “I was delivering mail on a new route and posted a letter through a letterbox. I wasn’t aware of a dog at the property and it didn’t bark as I approached the door. My hand didn’t actually go through the letterbox when I posted the mail, but the dog instantly latched on to the letter and pulled my hand into the letterbox.

“It bit onto my three fingers and wouldn’t let go. The dog’s owner didn’t come to my aid, so I had to literally pull my hand out of the dog’s grip. I went into shock and some neighbours who had heard me screaming called an ambulance and I was taken to hospital.

“I suffered irreversible nerve damage to my ring finger and have been left with a permanent tingling in my finger that gets worse in the winter. Also, the scar tissue means I can’t bend my fingers properly. Even as a dog owner, I am very wary of strange dogs now.

“The attack still affects me now, eight years on. Even if the smallest of dogs looks as though it is going to approach me, I start shaking and sweating. A simple letterbox gate would have prevented this happening to me.”

The law does not just apply to postal workers but anyone who was “lawfully visiting” the premises, like someone posting leaflets through doors.

The ruling means that dog owners are likely to have to place a small cage around the postbox on the inside of the door.

Any dog that is found to have attacked someone in this way will be put down unless the owner can prove it is no longer dangerous.

Dr Shaun Davis, Royal Mail safety director, said: “We know that the majority of dog owners are responsible and will do all they can to ensure their pet doesn’t harm anyone.

“However, even the most lovable dog can be a danger to postal staff. Dogs are territorial by nature and if they feel they need to protect their family, they can become unpredictable.”