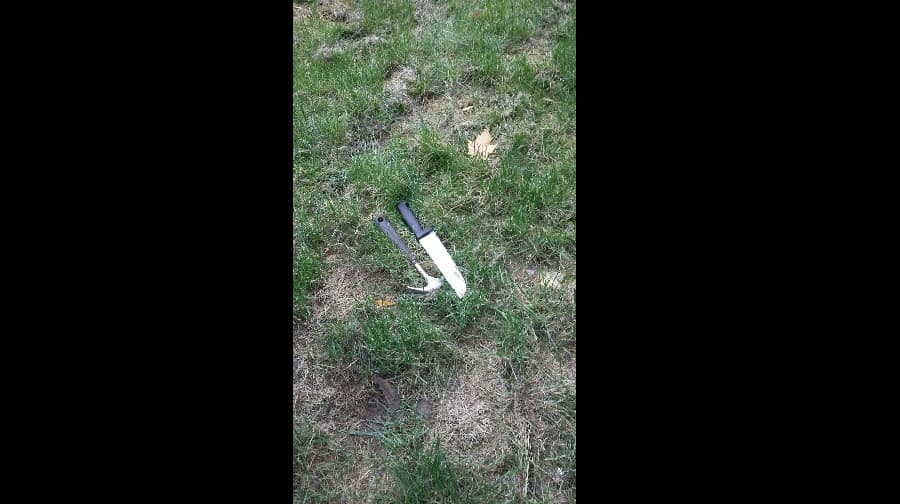 A hammer and large knife were found by a resident walking their dog last week near Drummond Road.

The shock find was made at 11am on a patch of grass that children often play on.

The resident, who did not want to be named, said: “I was walking my dog on the grass and came across it. Someone shouted out “don’t touch it” and we phoned the police.

“They told us on the phone to pick it up and take it to the nearest police station! We said no and fifteen minutes later an officer came and picked it up, to take it away for forensic testing.

“I worry about the kids who play around the area, they could have hurt themselves.”

A police spokesperson said that each incident is different but their advice in incidents such as this is to not touch it, call 101 and if possible remain near it.

“If it is raining, try and cover the item to retain as much evidence as possible.

“However if the item needs to be removed if the person is unable to wait or due to safety reasons, then think forensics and safety, and use gloves,” they added.

See, the police dont have a clue, when person on phone to them, they telling the finder to pick it up. which could have have cleared any evidence of someone who could have been attacked and the place where it was found to would have removed evidence. No wonder nothing much is sorted here.