Dominic Cummings: Reactions to his statement at Downing Street 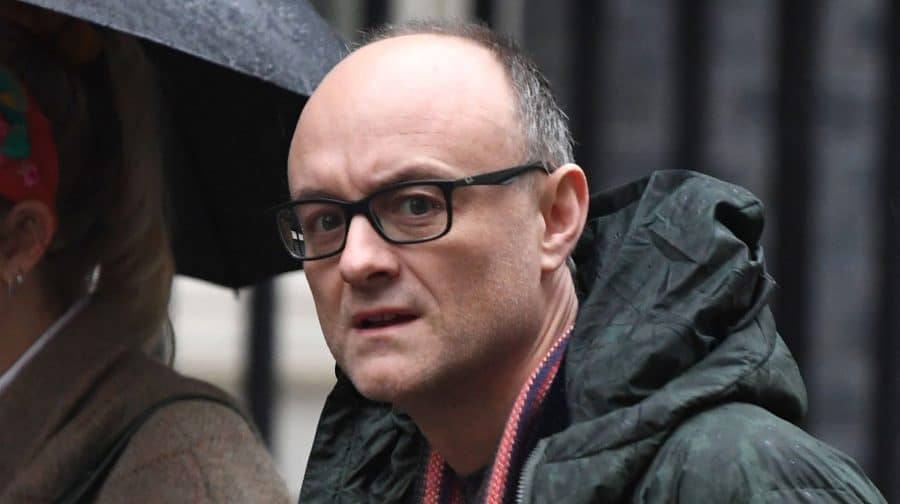 Boris Johnson’s chief adviser Dominic Cummings has given his statement about travelling to Durham from London – and has refused to apologise.

In a long, prepared speech, Cummings said he does not regret his actions, but does see that he should have responded to them earlier.

He said the family had moved to Durham partly due to intimidation and threats in London, and so his family could help if needed with looking after his son after his wife became ill – worried they could both become incapacitated.

He said he not consult the Prime Minister before driving to his parents’ estate – and also admitted to going back to work at Westminster after his wife became unwell as she did not have a fever or cough.

Cummings claimed he had not broken social distancing rules with his elderly parents – saying he lived in a separate cottage. His son was also briefly hospitalised while the family were in Durham, but tested negative for COVID-19.

He denied visiting the town centre, but admitted driving to Barnard Castle. He said this was a ‘test drive’ to make sure his eyesight was up to scratch before attempting a journey back to London.

Cummings admitted the family stopped briefly on the way back when his son ‘needed to go to the toilet’ in some woods.

He said he could understand why some people were angry – and blamed the media for whipping up the public’s ire with ‘inaccurate’ reports.

Throughout he insisted that the rules have always made exceptions for certain circumstances – including for parents with young children.

He also refused to apologise, said he hoped people would agree he had behaved reasonably, and said he had not offered to resign.

Here are some reactions from Southwark, starting with Bermondsey MP Neil Coyle and some Southwark council backbenchers:

Nothing in this statement is different to that faced by tens of thousands of families' situations up and down the country throughout the lockdown – but 99.9% stayed home and protected the NHS. What self-pitying drivel – and a yawnfest to boot.

Dominic 'je ne regrette rien' Cummings. No apology; no regret; no sympathy or empathy with families – including those with young children – up and down the country who followed the rules and stayed home. He is not above the law but is consumed with arrogance and contempt.

'Stay home' has been reinterpreted by the man closest to the PM & in charge of Govt comms as meaning:

– drive half the length of the country;
– stay in someone else's home; &
– have another drive to check your eyes work (with your kids in the car).

If this press conference was designed to put an end to the story then it has failed spectacularly. It’s given us more questions than answers. #CumGate

My question to @MattHancock @DominicRaab @RishiSunak @pritipatel is this: After this car-crash of a presser; do you really think he should remain in his position?

He thinks he’s more important than you and your family. I’m hearing that loud and clear You hearing it too? Yours a parent of a 4 year old who managed to isolate in a sml flat with my husband looked up the guidance because I was scared #shameonyou #borismustgo #cummingsmustgo

As a coda re exceptional circumstances also during my lockdown my lovely neighbour died and I haven’t been able to hug his widow, my friend.and other neighbours have had lockdown parties including fights. We still stayed home with our 4yo. Fuming.

That was just a long no apology and entitled statement. No remorse whatsoever. Great questions from @BethRigby.

If I wanted to go for a drive to check my eyesight was ok I wouldn’t do it with my children in the car with me potentially putting them at risk.

He’s done enough to keep those Brexiters onside who believed his slogans (Take Back Control & Get Brexit Done) and need to justify their referendum vote. They will sell their souls (again) rather than admit they fucked up.

A man who admits he or a close family member takes a 250 mile drive at NIGHT to see his parents ! Suppose one in the car did have Covid, and he had a breakdown, how many would he have put at risk being rescued? As for testing eyesight by taking the family on a 40 mile drive, he should be prosecuted just for that !

Whats the point of sending comments when they are not published, because if you don’t agree with them they don’t get printed. Your a bunch of biased luvvies.

Nice neutral unbiased piece here. Very surprised that not one of the far left who were interviewed mentioned Tahir Ali MP or Stephen Kinnock MP. No doubt their reasons for breaking the curfew were fully justified and totally honest…………………

This is all about Brexit and nothing else . The middle class liberal left still unable to accept the democratic vote

Southwark NewsNewsDominic Cummings: Reactions to his statement at Downing Street