Donnell Rhule: Fundraiser set up in memory of stabbed teenager 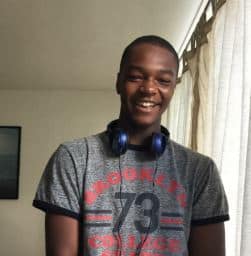 More than £3,000 has been raised by a community devastated by the death of a teenager who was stabbed in Dulwich’s Kingswood Estate.

Eighteen-year-old Donnell Rhule died after being stabbed on Seeley Drive on Wednesday, July 8.

Lara Daniel, from the estate’s TRA based at Ketra Community Centre set up the Go Fund Me page, writing: “He was a young man that was taken from us prematurely and had a lot to offer the world.

“He was very creative and was focused on making music. Donnell was a respectable eighteen-year-old young man that was loved by many in the local community.

“His early and sudden death has been a devastating shock for his family and friends who looked up to him as a big brother and he will be greatly missed.”

So far nearly 100 people have supported the page.

As the News has reported, three men have been charged with Donnell’s murder.

Donate to the campaign here.