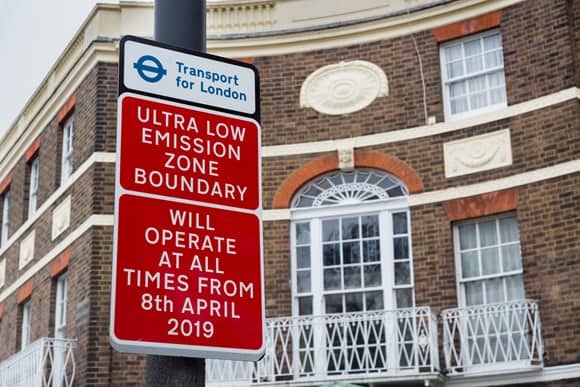 Residents and businesses in Southwark are urged to get ready for the new ultra low emission zone (ULEZ) to be introduced in central London next month.

From April 8, anyone with a vehicle that does not meet new emissions standards within the zone will have to pay an additional £12.50 charge – on top of the congestion charge.

To help motorists with the transition, London Mayor Sadiq Khan has created a £48 million ‘scrap for cash’ fund to help charities, small businesses and residents transition to compliant vehicles or move to other types of transport.

In October 2021, the ULEZ will be extended to cover both north and south circular roads.

It is believed the expanded area, an efforts to improve the current low emission zone, will reduce harmful nitrous oxide levels in inner London by a third by 2021.

A report by King’s College London showed that almost 10,000 people die in the capital prematurely each year due to toxic air.

Pollution has also been shown to stunt children’s lung development, according to The British Lung Foundation.

London assembly member for Southwark and Lambeth, Florence Eshalomi, says: “The introduction of the ultra low emission zone is an absolutely necessary step to drastically clean up London’s toxic air.

“If stringent action isn’t taken, we will continue to see air pollution contribute towards the stunting of children’s lung development and the premature death of almost 10,000 Londoners- mostly in the capital’s poorest communities.

“Alongside other measures being taken by the Mayor, we will see the ULEZ almost immediately make an impact and contribute to securing a significant reduction in harmful nitrous oxide concentrations in Inner London by 2021.

“With the clock ticking down to the roll-out of ULEZ, I’d advise local residents, businesses and charities to adequately prepare themselves by checking on the TfL website whether their vehicles meet new emissions standards, and if not, whether they are eligible to apply for the Mayor’s scrappage fund.”

Apply for the scrappage fund here

Check your vehicle for compliance here.