Don’t get caught out by these fake charity collection bags

'Sadly, this is an issue that affects the wider charity sector and not just Meningitis Now' 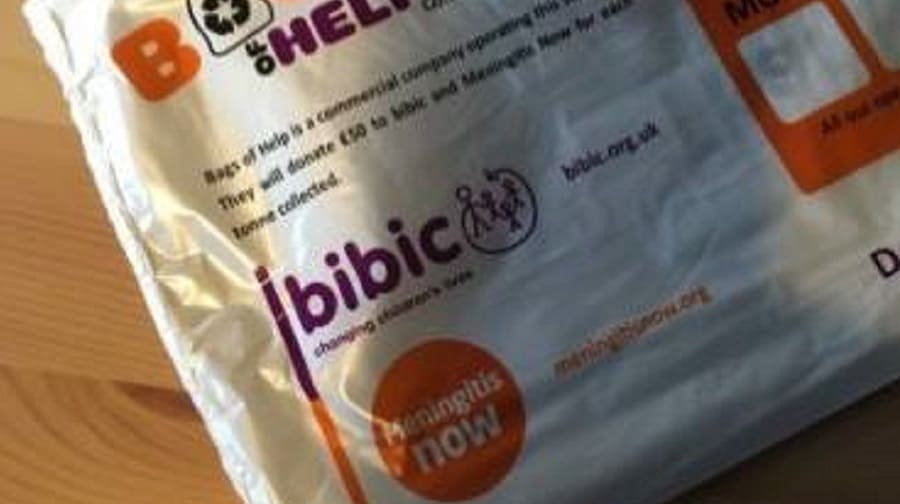 A leading charity has warned of fraudsters using its logo on fake collection bags.

Meningitis Now discovered its logo is being used on fraudulent clothes recycling bags alongside bibic, a charity supporting children and young people with disabilities and learning difficulties.

The bags are designed for people to donate their unwanted clothes, shoes, and other items, which are then collected at the roadside, often to raise money for charity.

The charity said it does not raise funds through schemes such as this and that there is no agreement in place with any company to collect unwanted items on its behalf.

Read next: Grieving father ‘disgusted’ at thief who stole charity tin in memory of baby son

The public is warned not to challenge anyone seen delivering or collecting the bags and to report it to Meningitis Now instead. “Charities rely on the generosity of public donations to help keep vital services running – at Meningitis Now this means ensuring that everyone affected by meningitis gets the support they need to rebuild their lives.

“I would like to make it clear that these bags are fraudulent and nothing to do with Meningitis Now – please do not make any donations in this way.”

Lynda Williams, chief executive at bibic, added: “We are extremely disappointed to learn of the continued fraudulent use of the bibic brand.

“To falsely claim to be changing the lives of children with disabilities and learning difficulties is disgraceful, and I urge anyone that receives a bag purporting to support bibic and Meningitis Now to follow the advice from the fundraising regulator.”

Fundraising Regulator policy manager Stephen Service advised people to check with their local council directly to see if a collection is licensed if in doubt.

If you are ever in any doubt about the use of either charity’s logo on bags such as these, or wondering if someone is fundraising for Meningitis Now legitimately, get in touch by calling 01453 768000, or via Facebook at www.facebook.com/meningitisnow