40 Met police officers were in the area over the weekend, as well as officers from the British Transport Police and City of London Police 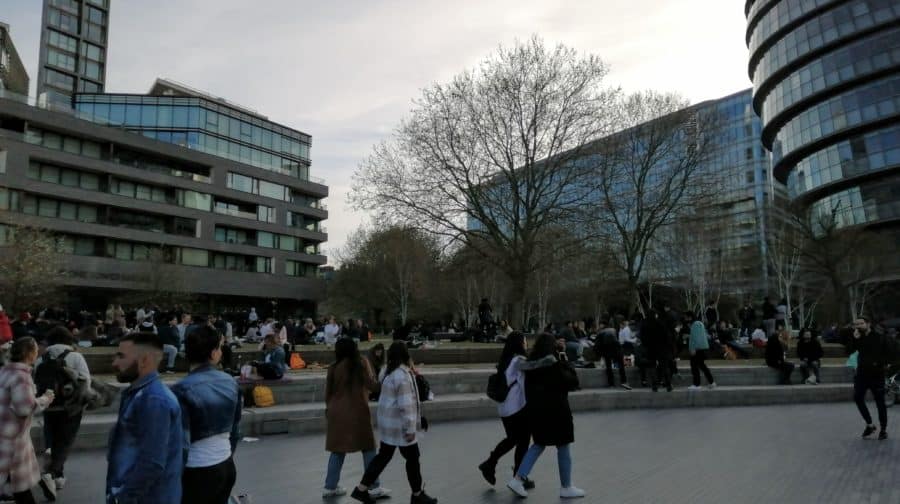 People living in the area around Tower Bridge have said that last weekend saw considerably less anti-social behaviour than in recent weeks, suggesting the major police crackdown had an impact – but locals have urged officers “not to get complacent”.

Some 40 Met Police officers descended on the area around Potters Fields Park over the weekend, a popular meeting place in the shadow of City Hall, in a bid to halt a repeat of the “sinister” anti-social behaviour witnessed over the past two weeks as lockdown eased. British Transport Police and City of London Police joined them on the scene.

Officers also put in a dispersal order from 3pm on Friday, April 16, to 5am on Sunday, April 18. The area ran from Waterloo Bridge in the west to George Row, east of Tower Bridge. Police also have the power to confiscate alcohol if they think it could lead to anti-social behaviour.

People living nearby have complained of a “dark” atmosphere in the park since the Easter weekend. Mostly young people have been roaming around, with some dealing drugs, playing loud music and urinating and defecating in the park. Revellers mostly come from Essex, police have said, and arrange meetings via Snapchat.

This weekend appeared to be different. While very busy on Saturday afternoon, most people appeared to be enjoying themselves without becoming aggressive.

One Shad Thames resident said: “There were teams of police officers looking at maps of the dispersal order on Friday evening, and waving their arms around.

The same man added that he later saw “kids whingeing about there being too many ‘feds’, and planning where else to go, which was a good sign for us.

“It was busy but the police were doing a great job at breaking the back of it. There was a bit of noise through the evening – not vast amounts of disturbance at all.”

Nevertheless, other Shad Thames residents complained of large, noisy gatherings of drunken people on Saturday evening, as well as a fight by City Hall.

And locals have urged police not to hold back after one relatively successful weekend.

Tom Cornish, Met Police neighbourhood inspector for Southwark, told the News: “We are working on plans going forward. Given that the gatherings were advertised and arranged on social media, future policing plans will be determined by the intelligence picture at the time.

“Last weekend’s operation involved a large number of police resources from the Met, British Transport Police and City of London Police with key support from partners such as local security personnel, Southwark Council and the Potters Fields Park Management Trust.

“We are pleased to have received mostly supportive feedback from the local community and we’ll remain focussed on this problem.”

The increase in police came after locals complained of “a sea of teenagers” outside, “shouting, hollering” and abusing street cleaners in recent weeks.

“This has taken a deeply sinister tone,” one man told a neighbourhood meeting to discuss the problem. “When the air is so heavily laden with cannabis that a simple walk across the park is enough to get you high, something is… very dark and very sinister.”

Two weekends ago the scenes took a violent turn as a young man was stabbed near City Hall in the early hours of Sunday morning, April 11. There was also a brawl near the McDonald’s on Tooley Street.

The News recently reported that parts of Potters Fields could be fenced off at night to help curb anti-social behaviour.

The organisation that manages the park has now said fencing off the park is one of several options under consideration but “there are no plans to do this at present”.

A spokesperson for the Potters Fields Park Management Trust said: “The Trust will continue to work closely with the police, neighbouring landowners and others on practical measures to help curb the recent behaviour, so that everyone can enjoy the Park and surrounding areas safely, legally and considerately.”

Theses kids have no idea who the feds actually are .