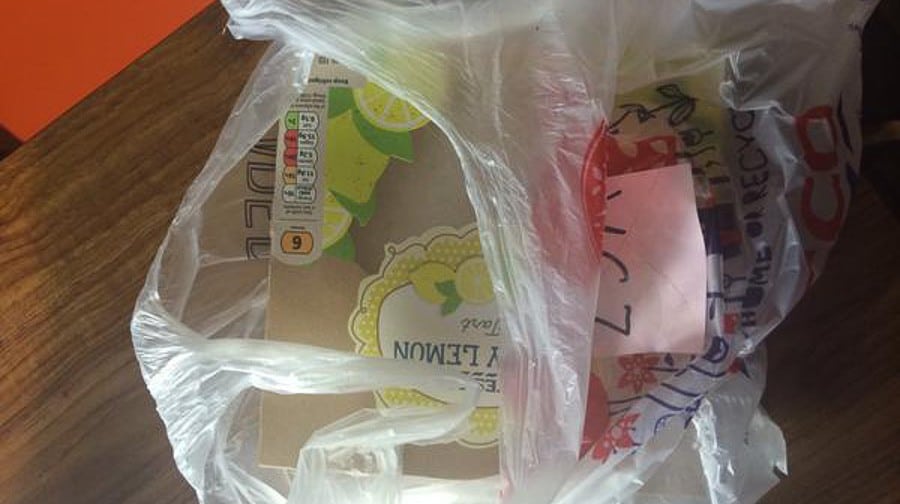 This mysterious cheesecake was left outside someone's front door in the Setchell estate, SE1

Lucky residents across Southwark are having their cake and eating it too, thanks to a mystery do-gooder leaving tasty treats on their doorsteps.

Last week, Setchell Estate residents in Bermondsey were reportedly delighted to discover that an anonymous donor had left them a series of goodies without any explanation.

Speaking to the Londonist website, Derren Harvey said: “Yesterday I opened the front door and found a Tesco carrier bag containing a cheesecake — no note or flyer, just a cheesecake.

“I looked around and most of my neighbours had been left the same item.”

The following day, he and his lucky neighbours found yet more delicious delicacies – this time, boxes of biscuits.

Derren said: “There are eight flats in our little square, we’ve all had them and the next block along have also had them – odd!”

The following day, yet more cheesecake were apparently dropped off at doorstops across the estate.

On Wednesday, Kieron Kirkland was surprised to find a cheesecake on his own doorstep – this time in Peckham. He described the gift as a random act a kindness and said on Twitter: “Slightly freaked out! Someone left a cheesecake on my doorstep this morn!”

Social media has been abuzz with discussion about what is being dubbed “the great cheesecake mystery.”

@Lotte_Mac said: “Just another reason to move to Bermondsey.”