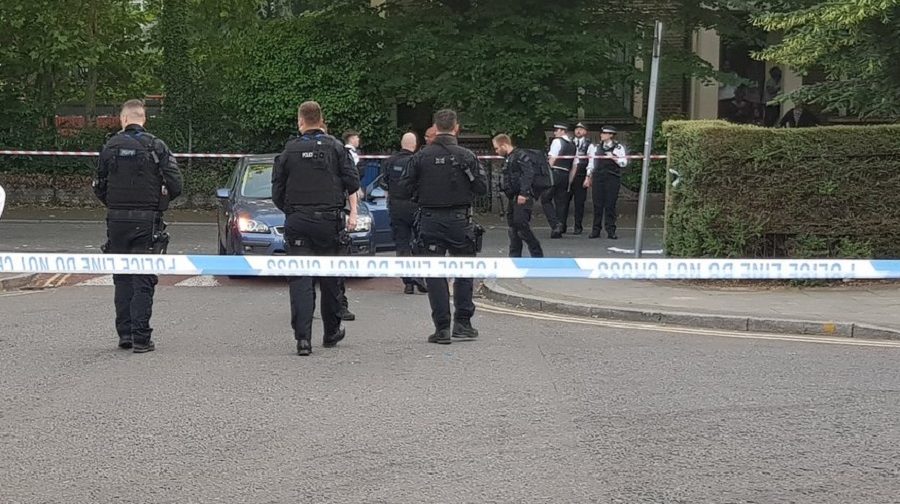 A double shooting in Peckham last night has left two men injured with one victim in a critical condition.

Police were called to Wodehouse Avenue, SE5, at 7.56pm on Saturday, June 2, to reports of a shooting.

Armed police attended the scene and found two men – one aged 22, and another aged 25, with gun shot injuries.

Both men were taken by the London Ambulance Service to central London hospitals where the 22-year-old’s condition remains critical. The other man’s injuries are not believed to be life threatening.

Photos and video footage shared on social media appears to show an air ambulance landing and taking off in a nearby park.

The air ambulance taking off after the incident in #peckham this evening. pic.twitter.com/QhGRO8bW8E

A spokesperson from the London Met said: “At this early stage it is believed that the victims were sitting inside a vehicle at Wodehouse Avenue when they were attacked with shots being fired through the windows of the vehicle.”

The double shooting comes after a wave of violence across the capital, with two separate knife attacks in Southwark on Friday June 1, as reported by the News.

A man believed to be 30 was found on Albany Road with stab injuries and taken to a south London hospital at 3.36 am, and in Rotherhithe a man and woman suffered slash injuries at 11.27am. It is believed they were injured while attempting to stop a robbery on St Elmos Road.

Trident detectives and the Area Crime Command are investigating the Peckham shooting- so far there have been no arrests.

Anyone with information should call 101 quoting reference number CAD7382/2JUN

More photos from the incident in #peckham pic.twitter.com/LM7j1GBiXm