Attacks believed to be linked 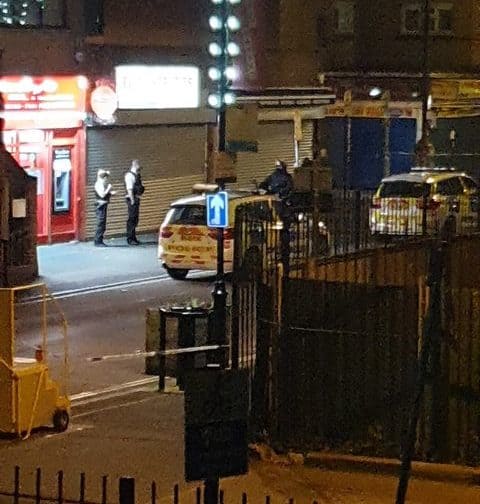 Police in Walworth pictured from 9.40pm on Friday

Two young men were stabbed in Walworth on Friday night.

Officers found the first victim in Burton Grove on the evening of March 5.

Police cars and a helicopter overhead were reported in the area from 9pm onwards that night.

Soon after another call was received by 999 operators from another victim reporting being stabbed. He had attempted to escape from the attack and was found nearby.

Officers say the two incidents are linked, and the second victim was an ‘associate’ of the first. Their ages have not been published by police but both were described as ‘young men’.

Although no information has been released about the severity of their injuries or current condition, both were taken to hospital.

A police cordon was in place in Merrow Street.

Anyone with information should call 101 or, to remain anonymous, Crimestoppers.