Download NHS test and trace app if you can, urge politicians 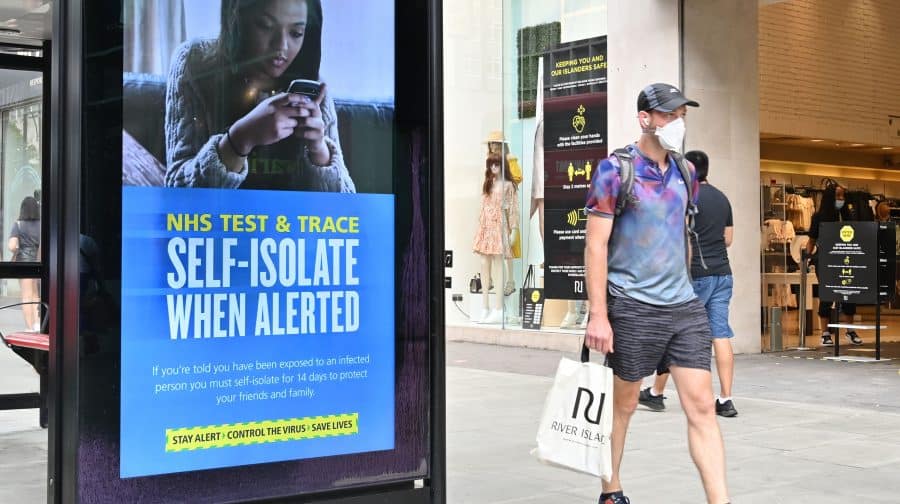 The NHS Test and Trace messaging on a high street billboard.

Residents are being urged to download the NHS track and trace app if they can as London remains on the COVID-19 ‘watchlist’.

Along with a surge in cases testing capacity is believed to have plummeted by around 43 per cent as those with symptoms or who have been exposed to the virus scramble to get tested. Hospital admissions, calls to NHS 111 and calls to GPs are also on the rise.

The new smartphone app launched on Thursday, September 24, after being trialled in Newham and other areas.

Its success depends on the number of people using it – and the businesses that register to put a test and trace PR code on display in their premises.

The government estimates at least seven million people will need to download it for it to be effective at slowing the spread of the virus.

The app enables users to check-in to venues and other public places so they can be alerted if they have been in close contact with someone who has recently tested positive for COVID-19, and therefore need to self-isolate.

Southwark London assembly member and Vauxhall MP Florence Eshalomi said: “Test and trace has had a difficult start, but the launch of the new app will play a vital role in stopping the spread of the virus.

“With cases quickly rising across the capital, we are now at a crucial juncture and we need as many Londoners as possible to sign up to the app for it to work effectively.

“Businesses also have a key part in this and must download and clearly display the NHS QR code in their premises.

“In the meantime, it is important that the government is robustly held to account over their efforts to resolve the major issues we have recently seen with testing capacity”.

“Now, finally, we have an app based on international best practice which can help stop Covid spread if everyone uses it who can.

“I have downloaded it & hope you will too.”

For the app to work, you have to have IOS 13.5 operating system or newer, or Android 6.

This week Tower Hamlets’ mayor, John Biggs, said households in the borough should stop mixing, arguing it was a matter of ‘life and death’ and that the national rules in place were a bare ‘minimum’.

Across the country there were 6,968 new COVID-19 cases reported on Friday, October 2. Nine of them were in Southwark.

In total, 2,005 people have been diagnosed with COVID-19 through testing in the borough since February.

The number of daily cases peaked in Southwark on April 1 at 59 and had dropped down to zero by May 20.

But it had been creeping back up since August, peaking with 24 new cases on September 25.

There are currently 264 patients in London hospitals with COVID-19. Fifty-five of them are on ventilators. Thirty-one patients were admitted on Friday. The seven-day rolling average for admissions has been rising since early September.

Although well below the worst of the pandemic (883 admitted to London hospitals on March 30) this is cause for concern as if infections are rising it is expected hospital admissions will be impacted over the coming weeks.

Southwark NewsNewsDownload NHS test and trace app if you can, urge politicians