‘Dozens’ of Ledbury residents seeking compensation after weeks with no heating

“I understand smaller payments have been made, but it’s hardly going to satisfy residents who have put up with months of disruption, and years of problems with the building" 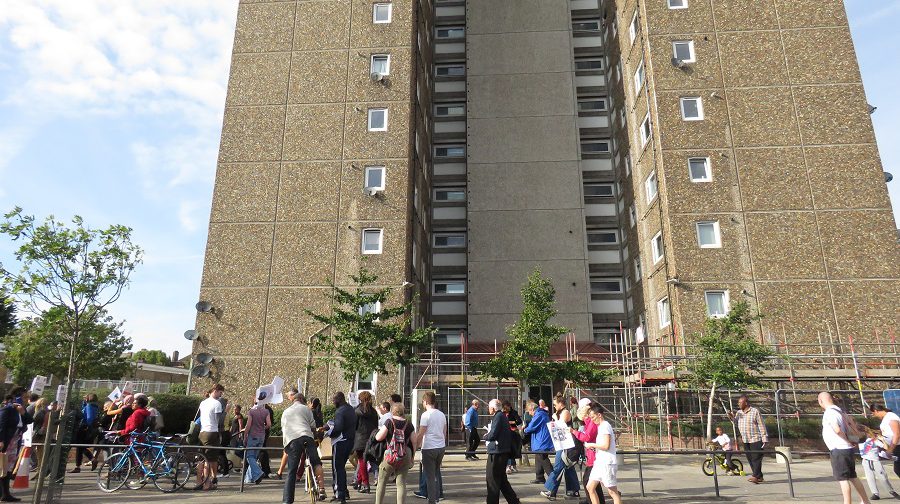 A legal firm representing Ledbury Estate residents who have gone weeks without heating has said it is helping dozens of people with compensation claims.

Gas supplies for the estate’s four tower blocks were switched off on August 10, after it was discovered that the blocks had for decades been vulnerable to “progressive collapse” if a gas explosion had occurred.

Under the advice of structural surveyors Arup, Southwark has instructed Keep Moat to fit a new heating system for the 200 flats.

Andrew Brookes, a partner at Anthony Gold Solicitors in Walworth Road, told the News that a “substantial number” of residents have come to them hoping to make compensation claims. “We think we can get residents far in excess of what the council offered them,” Andrew said.

“I understand smaller payments have been made, but it’s hardly going to satisfy residents who have put up with months of disruption, and years of problems with the building.

“Residents weren’t listened to for years, and now everything is happening in a disorganised rush.”

Southwark Council said on Tuesday that more than 90 flats would have heating and hot water restored by the end of the week. “We expect all flats to have heating a hot water by this Saturday – presuming residents provide access,” the council said. The council would not comment on the legal claims.

Danielle Gregory of the Ledbury Action Group, who has represented the blocks’ residents, said: “I have constantly been in meetings and talking to residents.

“I think more than half the residents have been working with Anthony Gold in one form or another.”

Danielle added that roughly half of the tower blocks’ 34 leaseholders had expressed an interest in the council’s offer to buy back their homes.

Valuations for leaseholders’ properties will not be affected by the structural and fire-safety issued discovered in the blocks.