Gatherings are thought to be organised on Snapchat 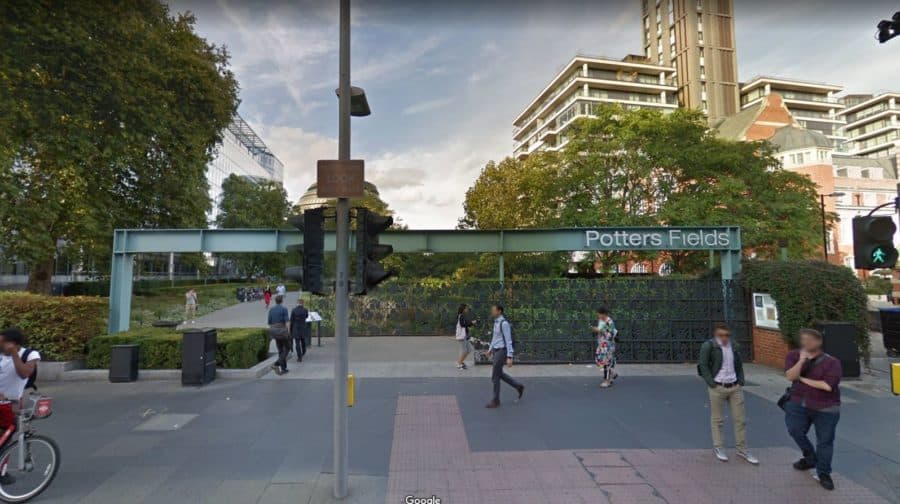 More than 40 police officers will descend on Potters Fields park this weekend in a bid to prevent a repeat of the  anti-social behaviour witnessed over the past two weekends, writes Kit Heren…

Southwark neighbourhood inspector for the Met Police Tom Cornish told a meeting of local residents this week that officers will be stationed in or near the popular park by City Hall on Friday, Saturday and Sunday evenings.

Police have also put in a dispersal order from 3pm on Friday (April 16) to the 5am on Sunday (April 18). The area runs from Waterloo Bridge in the west to George Row, east of Tower Bridge.

A dispersal order under Section 34 has been authorised by Insp Laurie following ASB and crime and disorder in the #LondonBridge and #PottersField areas.

The order runs from 1500hrs today until 0500hrs on Sunday 18 April 2021 and covers the area indicated on the map. pic.twitter.com/GoTfHXYixE

People living nearby have complained of a “sinister” atmosphere in the park, with mostly young people from outside London roaming around, with some dealing drugs, playing loud music and urinating and defecating with abandon.

One local described “a sea of teenagers” outside his window “shouting, hollering” and abusing street cleaners.

“This has taken a deeply sinister tone,” he added, “When the air is so heavily laden with cannabis that a simple walk across the park is enough to get you high, something is… very dark and very sinister.”

@metpoliceuk @MetCC getting significantly worse on Shad Thames, fireworks, roving mob, it’s not safe to be out. This is not a demonstration, it’s pure hooliganism. #doyourjob #ShadThames @BBCLondonNews @MayorofLondon @ITV where’s the outrage over this? pic.twitter.com/hsHQNCykNK

Other measures that police could take include confiscating alcohol if they think it could lead to anti-social behaviour.

Cornish said many of the young people who have been causing locals such misery on the weekends are from Essex and added that the gatherings are often organised on Snapchat.

Meetings organised in this way are often harder for the police to predict and prevent because Snapchat messages disappear after a short time – unlike posts on other social media websites.

The gatherings began in earnest over the Easter weekend, the first weekend after people were allowed to gather in groups of six. Councillors for the area had dozens of complaints about anti-social behaviour and asked local groups, including police, to come up with an action plan.

Last weekend the scenes took a violent turn as a young man was stabbed near City Hall in the early hours of Sunday morning (April 11). There was also a brawl near the McDonald’s on Tooley Street in which a police officer was injured and a police vehicle was damaged.

This weekend could be even busier as it is the first weekend after pubs were allowed to reopen on Monday. Cornish told the meeting that other demands on police time, like the funeral of Prince Philip and a protest against a new bill that would give police sweeping new powers, could stretch resources further this weekend.

Cornish and representatives of other local groups stressed that the vast majority of people visiting the area have behaved well.