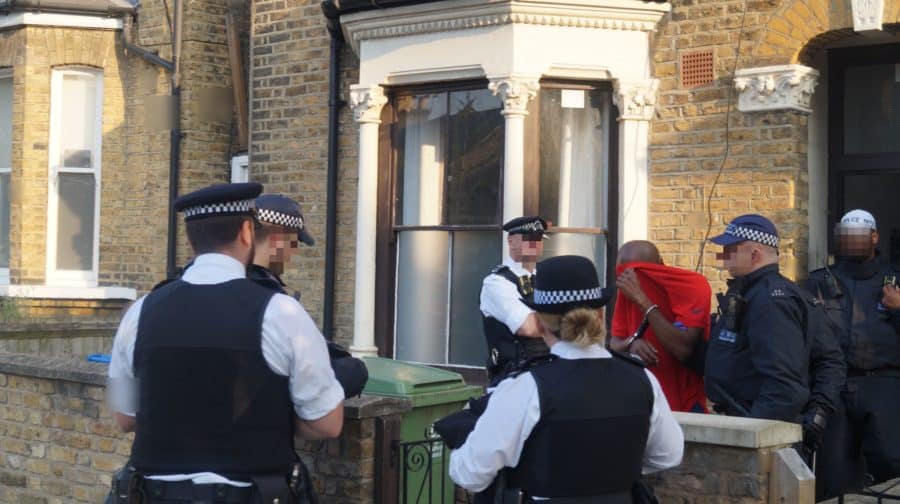 One of the suspects being arrested in Peckham

Twelve suspected drug dealers were arrested in dramatic early morning raids on Wednesday (July 21) in Peckham, Camberwell and the Old Kent Road area – in the culmination of an eight-month police operation.

More than 200 officers, including neighbourhood police, local CID, the central specialist crime unit, the territorial support group and the National Crime Agency, descended on sixteen addresses in south London to arrest the twelve male suspects, who were aged between sixteen and 55. 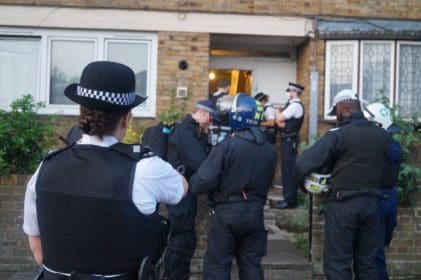 Officers also seized what they believe to be Class A and B drugs from the addresses, as well as cash. 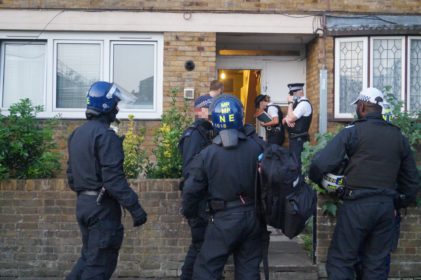 All the suspects arrested have been taken to police stations in south London.

The operation was the climax of an investigation that began in December last year, which started with an officer in the neighbourhood police team and grew.

Officers realised that there were a large amount of drug supply lines in the area, and began to target the suspects arrested. 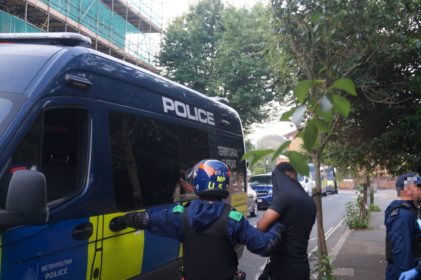 Neighbourhood Inspector Tom Cornish, who covers Lambeth and Southwark, said after the raids: “This morning’s activity is a direct result of months and months of hard work by officers. The public have played an important role in providing information that has assisted us in the dismantling of these drug lines. Concerns of drug dealing in the area were raised and we have acted to put a stop to this pernicious activity.

“We know that drug dealing is closely linked to violence we see on the streets of London and cause great misery in our communities. That is exactly why disrupting the supply of drugs is a central part of our work to continue to tackle violence in the capital.

“By disrupting these drug supply lines, we have hopefully prevented associated violent incidents from occurring in the future.” 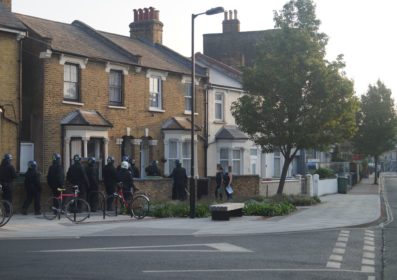 Do you have information about drug crime? If you have information that could help keep your community safe, but don’t want to speak to police, please contact the independent charity Crimestoppers on 0800 555 111. They do not ask your name and cannot trace your call or I.P address.

Any young people who have information about drug dealing or want information about the consequences of drug crime, can visit www.fearless.org to where they can pass on information anonymously – your I.P address will not be traced. Fearless is part of the Crimestoppers charity and is independent of the police.