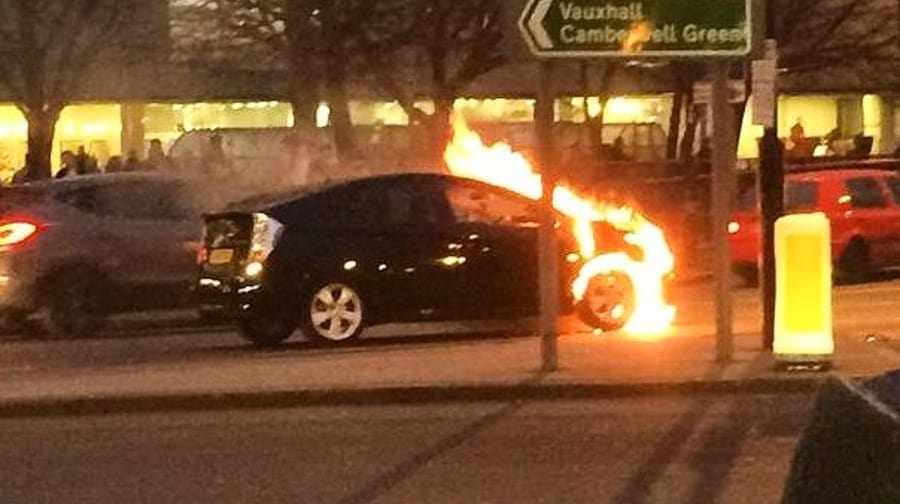 The Toyota Prius on fire at Elephant and Castle last Tuesday (Photo: @ThatKeith

A driver escaped his burning car after flames burst out of the bonnet at the Elephant and Castle roundabout on Tuesday evening.

The black Toyota was badly damaged but the driver was unhurt as traffic piled up around the major junction at rush hour.

London Fire Brigade put the fire out shortly after arriving  on scene and although the ambulance service attended, they were not needed as the driver was unharmed.