Drinkers must swear to be good, as owners of two Bermondsey pubs put ban bad language

“I think Sam Smith’s are finding its getting a bit much in their pubs and they want to make it more comfortable for children, which is understandable,” The Angel's landlord said 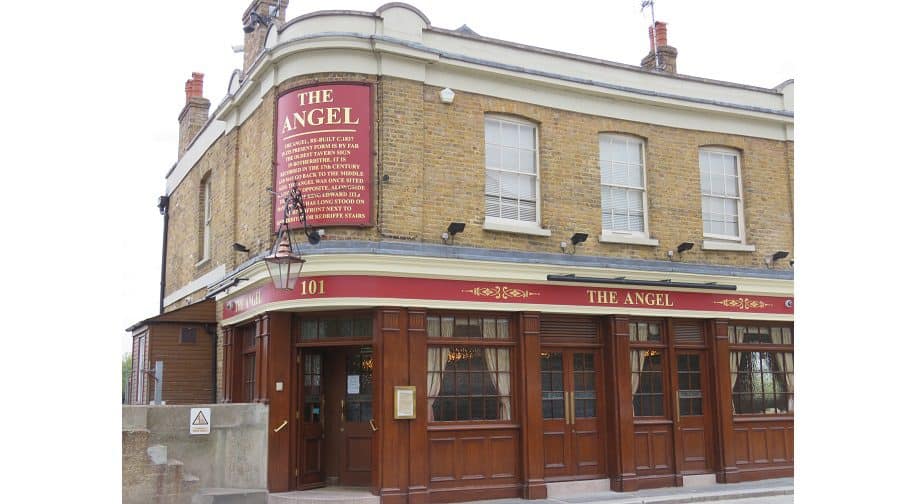 Drinkers at The Angel and The Anchor Tap in Bermondsey have been told to watch their mouths as the Sam Smith’s pub group has banned swearing in all its boozers, Becky Morton writes…

The brewery and pub owner, which runs around 200 pubs across the country, has issued guidance to all its landlords asking them to help prevent the use of bad language.

The Angel’s landlord Peter O’Sullivan told the News: “Sam Smith’s have said we have to try to do our best to make sure people don’t swear. But you’re talking to an Irishman – every other word which comes out my mouth is a swear word! So I’m consciously making an effort not to swear now.”

“I think Sam Smith’s are finding its getting a bit much in their pubs and they want to make it more comfortable for children, which is understandable,” he continued.

“If any of my customers take it too far with swearing I will kick them out. But I told Sam Smith’s I’d rather not put up a sign. I’d rather speak to customers about it myself.”

Bartender Olja Erceg said: “We thought it was a joke at first when we got the letter from Sam Smith’s because Peter swears so much. But it’s just humour with him.”

Drinkers at The Angel seemed to agree. One regular said: “It’s only with the type of people moving here nowadays that they’re doing this sort of thing. It’s the new clientele. Well I say b****cks to them!” Michael Hageman from Bermondsey said: “If you live in west London you’ll find different people in the pubs. Here people don’t mind. I’m originally from Holland and the English swear much more. If there’s no kids around then that’s fine.” However, Neil Timothy, who works near The Anchor Tap, said: “I’m not sure how you’d police it but I think it’s a good idea within reason. If people are swearing with each other and no one else can hear that’s OK. But if you’re being loud and disrupting other people that’s different.”

The landlord of the Anchor Tap said he was unable to comment but the pub had signs displayed warning customers of the new policy.

The News asked Samuel Smith’s for a comment but received no reply at the time of going to press.

It’s such an empty, boring pub I’m surprised there would be anyone in there to get upset at the miserable few who sit in there swearing along with the moany landlord. What could be the best pub in London with its fantastic views, has been dragged down to being the misery hole it is today.

If Angel was so boring and empty then media and public would not be interested in it, and of all Sam Smiths Pubs they’ve chosen Angel and Anchor Tap when they could interview any other of almost 300 Pubs of Mr Smith. I can only say that I feel privileged to be a part of The Angel Team, not only because it is a good Pub with a nice view, but because Angel has such a rich and interesting history, and it’s significance is far more important then (I dare to say) any of the similar Pubs in London. To say for this Pub that it is ‘boring’ and call it ‘misery hole’ can only mean lack of knowledge and respect for Londons culture and history, and to say that our customers and landlord swear is nothing but a proof that you are not our customer and that you disrespect all the people who like Angel and visit us on daily basis and us who work here. Yes, sometimes Angel is very quiet, but that is one of the things that make it so charming and special. I think it is amazing that you can come and visit 21st century London which is busy, loud and stressful to live in, and find yourself in calm and relaxing atmosphere of Angel Pub with a best view of the Tower Bridge and so much more it has to ofer if you give it a chance. Our customers come from different circles, and amongst them there are lot of artists, musicians, bohemians, students, tourists and lots of families with children. I dare to say that Angel does not have to be ‘best pub in London’ or most popular one, but no doubt Angel is part of Londons historic and cultural heritage and it’s an attraction more than it is a pub. Angel exists from 15th century and it will exist long after we are all gone and it is a place that has a soul, life of it’s own, regardles of the customers, managers or staff. The charm of The Angel is not in the drinking but in the experiencing.