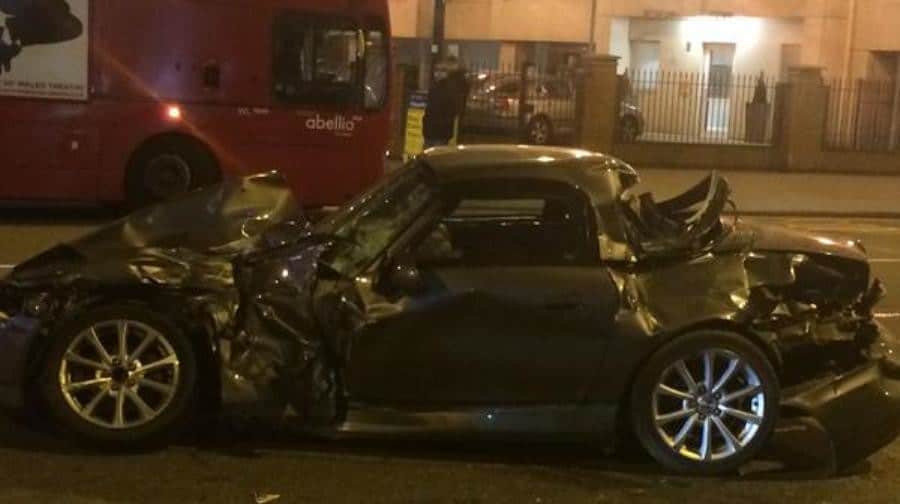 Photo of the crumpled car taken by eye-witness @jasinking1

A driver miraculously escaped a smash-up car crash unhurt after a vehicle ploughed into a truck at the Elephant and Castle roundabout last Wednesday evening.

The fire brigade were called just after 8pm to the scene outside the Charlie Chaplin pub on the New Kent Road, but said no one was trapped inside the vehicles – so they just put sand down on the petrol which had leaked into the road.

An ambulance took the driver of the car to St Thomas’s hospital but the police have confirmed that, remarkably, he did not sustain any injuries.  The road was temporarily closed while the wreckage was cleared, causing traffic to build up all the way back to Camberwell.