Drug dealer jailed after three years on the run 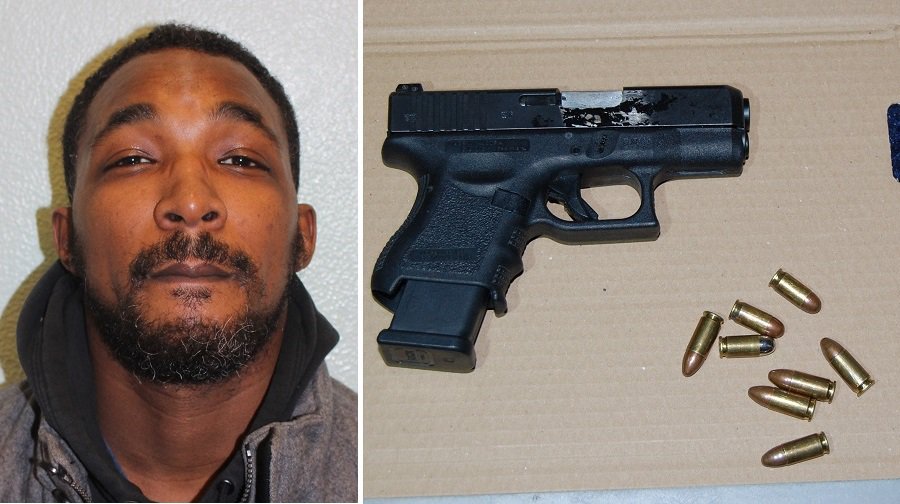 A drug dealer who was in possession of a gun linked to two Southwark murders has been jailed after being on the run for three years, writes Becky Morton…

Andre Chambers, 34, of Harlinger Street, Woolwich, was sentenced to ten years for possession of a firearm and intent to supply Class A drugs, after pleading guilty to charges at Croydon Crown Court on July 28.

In September 2013 police found a 9mm Glock handgun hidden in a shopping bag under the sofa in a property in Southwark which Chambers was living in.

As the search continued in the bedroom, officers found 385 grams of cocaine on top of a chest of drawers and another 5.4 grams behind it. Nearly half a kilo of high purity cocaine was then found in a laundry bag inside the wardrobe along with a carrier bag containing 35 grams of crack cocaine.

Chambers was not at the address at the time of the search in 2013 and evaded capture for three years. In 2015 a £20,000 reward was offered for information on his whereabouts.

He was finally arrested in October 2016 when he was stopped by police in a mini cab near Woolwich Ferry.

When asked to verify his identity, Chambers provided police with an alias but officers were satisfied they had found the man connected with the gun and drugs found at the Southwark address.

Drugs recovered at a property in Southwark

Forensic tests revealed the gun found at the Southwark address was used to murder 24-year-old Errol Davis, who was shot in front of 2,500 clubbers at SEOne nightclub near London Bridge in 2008. It was also linked to the murder of 25-year-old Larry Safie in East Dulwich in 2009.

The gun was also found to be used in two attempted murders, one in 2007 in Station Rise, West Norwood, where the victim was shot five times, and another in Welland House, Peckham Rye, in 2009.

Enquiries established that Chambers was not responsible for the shootings but was holding the weapon for other gang members.

A man was arrested and charged in connection with the murders of Larry Safie and Errol Davis but was acquitted following a trial. Enquiries continue into these two investigations, the Met said.

Acting Detective Inspector Martin Thorpe, from the Homicide and Major Crime Command, said: “We have waited over three years to get to this point and I am glad justice has now been served. Chambers did everything he could to evade capture and no doubt got complacent and thought he had got away with the offences committed in 2013.

“A dangerous man is now off the streets and I hope his sentence serves as a warning to those intent on concealing weapons and dealing drugs, we will continue to pursue you no matter the length of time.”

Southwark NewsNewsDrug dealer jailed after three years on the run