The docking momunent dates to the 19th century 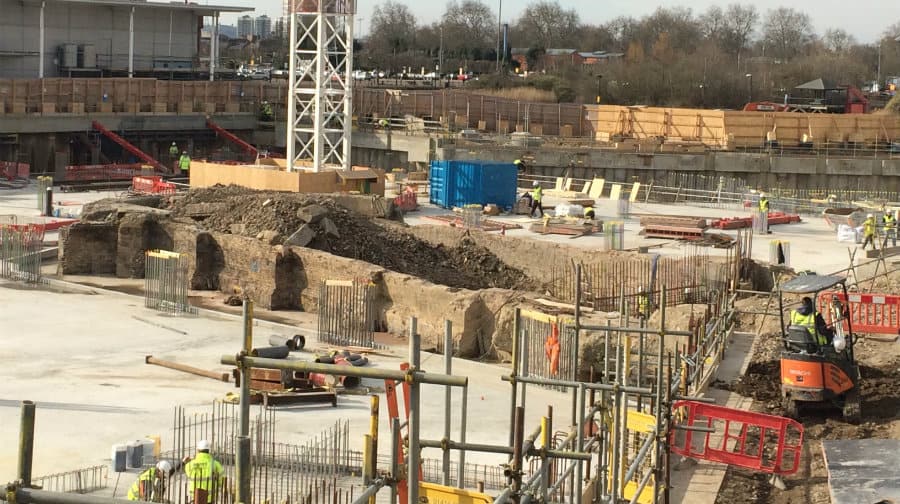 A long-forgotten monument to Rotherhithe’s docking past has re-emerged from a building site near Canada Water, delighting residents and amateur historians.

A dry dock, dating to the 19th century, has once again been spotted due to construction work at the site of the old Superstores.

Andie Byrnes, a Rotherhithe resident and blogger, welcomed the dock’s return to the public eye – especially in light of the loss of countless historic buildings and structures across the peninsula.

She told the News: “It is great news, and lovely to have heritage emerging from the ground in Rotherhithe rather than disappearing! It is a marvellous thing. I had a look on old OS [Ordinance Survey] maps when it first emerged and it can be seen very clearly.”

Dry docks used to be plentiful in Rotherhithe and were used to clean and repair ships out of water, before being lost due to the area’s rapid and continuing regeneration.

However, the dry dock by the Decathlon store was until recently hidden from view due to brick walls, which have now been removed.

Andie said: “I would guess, and it really is a guess, that it was used for repairing barges and lighters that were essential to the loading and unloading of cargo from the ships that used the docks.”

Developers Sellars are now doing a health and safety assessment into whether local residents can visit the site.