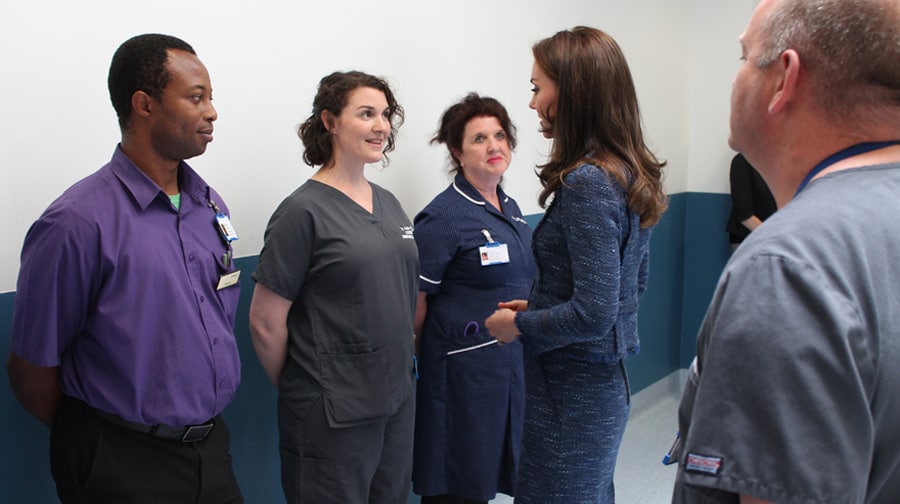 The Duchess of Cambridge visited King’s College Hospital yesterday, to speak with victims of the London Bridge terror attack as well as Emergency Department staff who worked that night.

Fourteen wounded people were admitted into the hospital during the terror rampage on the night of Saturday, June 3. Eight people were killed and 48 people injured.