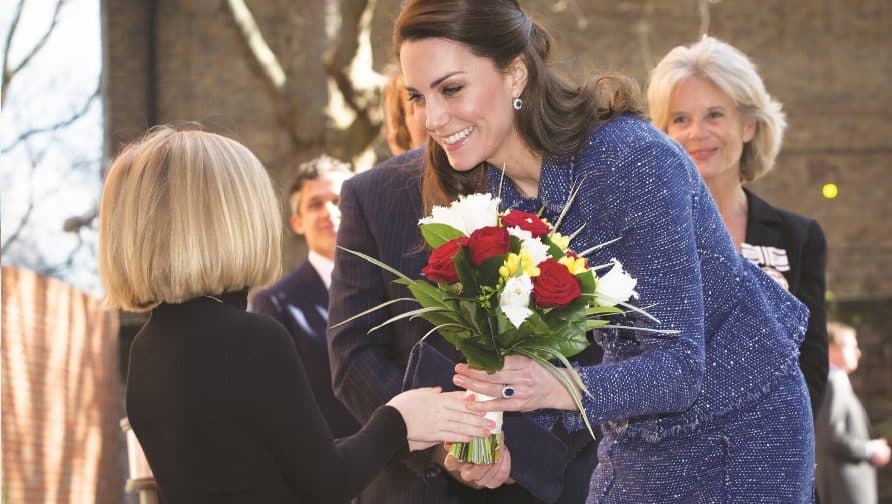 The £13 million 59-bedroom facility is managed by Ronald McDonald House Charities (RMCH) and provides a “home away from home” for families whose children are being treated at Evelina Hospital.

The Duchess with families in the kitchen

During her visit, Duchess Kate met RMHC Evelina staff and Evelina doctors and nurses, as well as spending time with families who are staying at the house.

One such family is the Randalls, whose eight-year-old-daughter Izzy gave the Duchess a posy. Izzy’s brother Luke has up to 50-60 epileptic fits a day. She and her parents, from West Sussex, have been staying at the house for four weeks.

She also met the Neal family. Their son Edward is being treated at Evelina for a little understood illness, which started as an earache but escalated into his lungs collapsing, followed by paralysis. The Surrey family have been at the house two weeks.

Duchess Kate with the Neal family

Jon Haward, Executive Director of RMHC, said: “We are delighted that Her Royal Highness the Duchess of Cambridge could be with us today to see our flagship House now ready for families. It was an ambitious project and we and our partners have worked long and hard to bring it to fruition.”