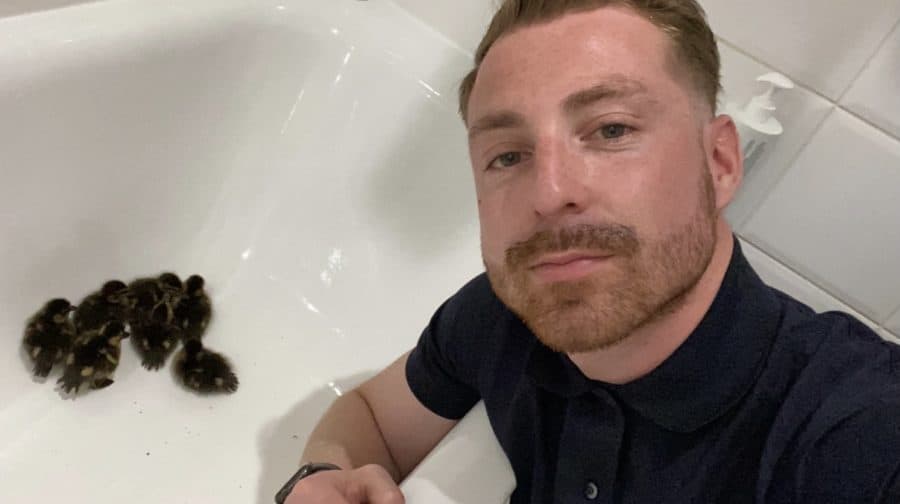 Shad Thames residents have worked together to save seven ducklings from being savaged by an aggressive magpie.

Local man Kevin Corr was walking past the Thames Water pumping station on Maguire Street last Friday, April 30, when he saw that workers at the water company had found the ducklings on a ledge without their mother.

He asked members of a social media group for the local community if anyone could help take care of them until animal experts could be called out.

Charlie Hemmings, another local, saw the message and stepped in to help.

“I went by and grabbed them, the Thames Water guys had put them in the bucket,” he said.

“I took them home and put them in a bath. I was a bit worried about my dog, because he was leaning over the path, but they gave him a little peck on the nose.

“I basically just looked after them until the wildlife trust picked them up. It was about three hours in total. The whole thing was a combined effort.” 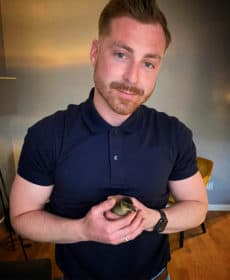 Hemmings with a duckling

Asked why he decided to help, Hemmings said: “I was bored at home!”. But he has previous form in avian rescue, having also saved a swan once.

Hemmings said he would be checking in with the wildlife experts regarding the ducklings and has developed an affectionate bond with them.

Sadly one of the ducklings was killed in the original magpie attack, and the ducklings’ mother had flown off by the time of the rescue .