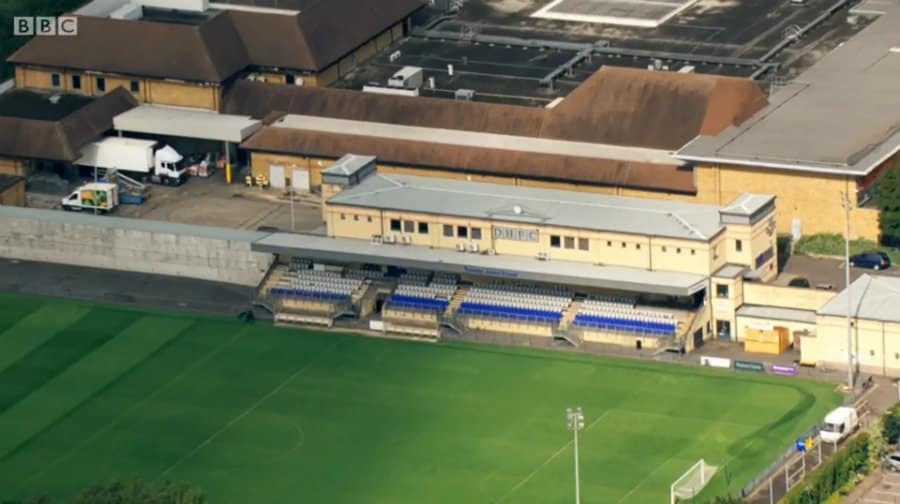 Dulwich Hamlet fans were fired up to see their club on an episode of hit BBC show The Apprentice last week – although the contestants themselves missed the goal on their visit to Champion Hill.

The stadium was one of the venues for Sir Alan Sugar’s challenges, which saw would-be business moguls power-clean businesses for the lowest-price possible.

The group assigned to clean Hamlet’s ground had trouble negotiating a price and also missed out on some key areas to be cleaned as part of the task – an Apprentice own-goal.

Regarding the sub-standard cleaning work done by the apprentices, one Hamlet fan joked on Twitter: “Dulwich will be denied promotion to the Conference South due to the unpainted hazard stripes on those two stairwells you awful b******s.”

Another compared the controversial contestants with Dulwich’s arch-rivals, posting: “Biggest a*******s to visit Champion Hill since Leatherhead in September.”

Even Sir Alan got in on the fun – although his message on Twitter was a little condescending to the club that is currently sitting pretty at the top of the Isthmian Premier League table.

Regarding the price suggested by the hapless cleaners, he said: “£430 – that club don’t pay that for a striker.”

It remains to be seen whether the TV show, which draws an average of over 7m views per episode, will contribute to the ever-growing crowds at Champion Hill each match day.