The club took part in a fundraising match against FC Assyria 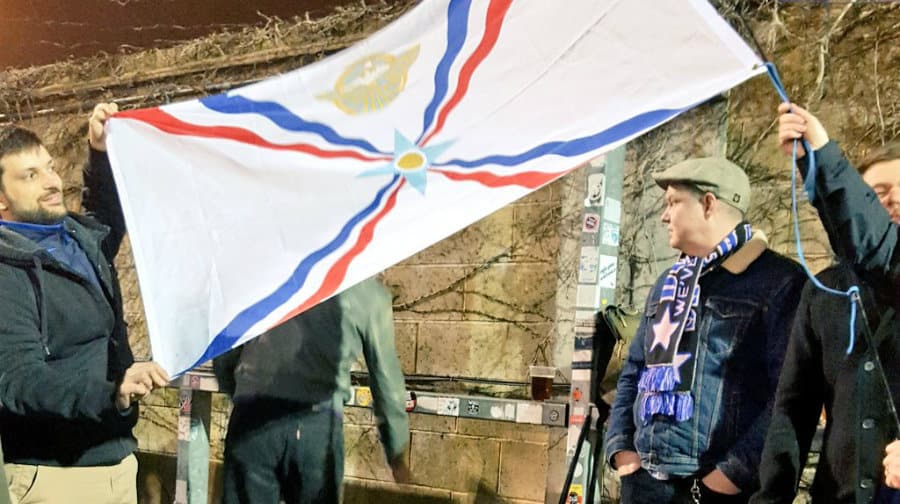 Hundreds of Dulwich Hamlet fans turned out in force last week for a special fundraising match against an Assyrian football team.

A total of 338 fans turned out, raising thousands of pounds for the Southwark Refugee Project and the British Red Cross Syria Appeal.

Councillor Jasmine Ali, who helped organise the match, said: “I was bowled over by the photo of Alan Kurdi, lying dead on the beach. I have a two-year-old son, so it knocked me for six.”

She praised the Dulwich fans who had turned out in such numbers on a cold Wednesday evening.

She said: “They are seen to be making football anti-racist and anti-homophobic. I’m not really a football fan but I’ll be bringing my children to a game soon!”

For more information about the Dulwich2Dunkirk campaign click here

Jamine Ali (left) at the match with a ‘Refugees Welcome’ scarf