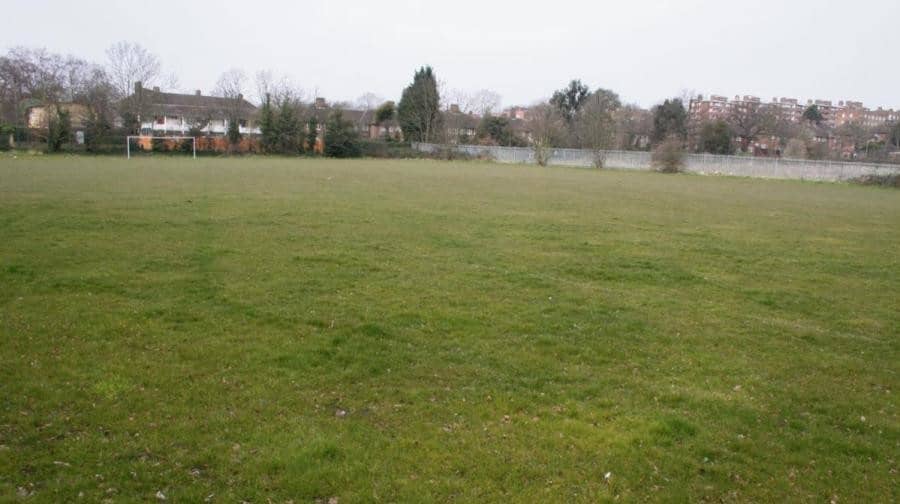 Dulwich Hamlet FC fans are ‘delighted’ the club could become fully supporter-owned if their dreams of a new stadium come true, after a pledge was made by the current owner this week.

A better stadium is needed for the struggling community club to survive, after debts of £180,000 nearly sent them under before they were bought out by the Hadley Property Group last year.

Hadley want the new ground to be built on the Astroturf site on Greendale Fields, behind the current stadium. They would then use the stadium land for possible housing developments.

Southwark Council, which owns Greendale Fields and lease the Astroturf site to Hadley, is now under pressure to renounce its alternative proposal to transform the land into a public park with the new stadium built on the site of the old grounds instead.

James Masini, Chair of the Dulwich Hamlet Supporters’ Trust, said the Trust remained impartial regarding the different development options but was ‘delighted’ Hadley had committed to ultimately transferring ownership, saying: “We urge the council to negotiate with Hadley Property Group as a matter of urgency.”

Cllr Barrie Hargrove, Southwark’s cabinet member for parks and leisure, said he was continuing to work with Hadley Homes and Dulwich Hamlet on securing the future of the football club.