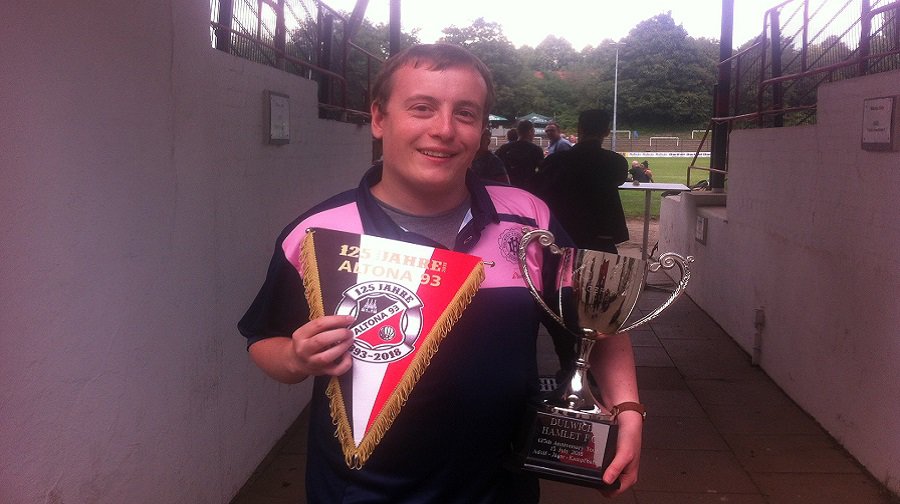 Dulwich fan, Tom Bale, will be commentating on Saturday's fixture

Dulwich Hamlet fans will be able to tune-in to hear live radio commentary of their team’s first game in the National League South on Saturday, writes Danny Wiser…

The Hamlet kick off their season away at Welling United and the club are piloting a live audio broadcast of the game.

Fan and Dulwich Hamlet TV commentator, Tom Bale, will be behind the microphone and is enjoying realising his childhood dream.

“I remember being a child and using a machine at the Old Trafford Museum where you could commentate on Ryan Giggs’ goal.”

Bale admitted that he had to accept that the dream of being a footballer was perhaps unrealistic so being a commentator was the next best thing.

The part-time admin assistant at a primary school, who is a big fan of Clive Tyldesley, Martin Tyler and John Motson, will continue to practice his skills as Dulwich travel to Park View Road this weekend.

The 25-year-old started working for Dulwich Hamlet TV four years ago after already having covered them for Football Exclusive and fell in love with the club straight away.

“When I first watched them I saw they play a lovely brand of football.

“The fans are great and the players are great. Non-league is like a little family.”

Although a namesake of Real Madrid star, Gareth Bale, Tom is hoping to bring joy to fans in a different way.

“People regard me as the voice of Dulwich Hamlets because of the TV so it made sense to dovetail it with the radio, especially with the longer journeys this season, where people will maybe not be able to get to some of the games.”

This season, Bale will continue to work closely with Jamal Watts, cameraman and editor of DHFCTV, and is very optimistic about the club’s future.

He predicts a 2-1 win despite admitting that Welling manager Steve King will be well-prepared.

The commentator boldly stated, “I think we will be fine. We are not making up the numbers in that league.”

Fans will be able to tune-in from 2:50pm to hear live coverage of the game at http://mixlr.com/dulwichhamletradio/.