Meadow Residential "regrettably considers it cannot continue with the appeal" 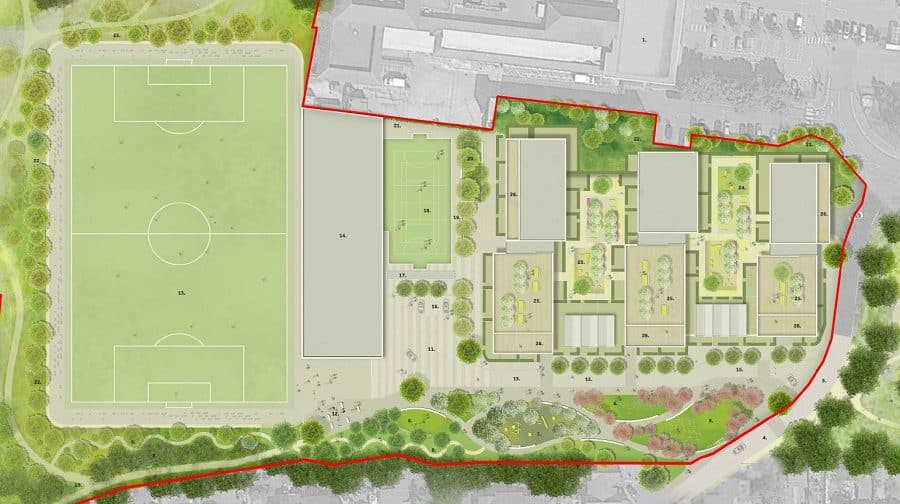 The developer proposing to build 155 flats with a new stadium for Dulwich Hamlet FC has withdrawn its planning appeal against Southwark Council.

A letter was submitted on behalf of Meadow Residential LLP, to the council’s planning department, on October 20.

It confirmed they will not pursue the appeal (scheduled for December 12) which was requested as Southwark had refused to consider its planning application, which Meadow submitted in March 2016.

The letter (which is publicly listed on the council’s website) says: “The decision has been made in light of the outcome of the hearing on Monday [October 16] in relation to the lease proceedings… With that background our client regrettably considers it cannot continue with the appeal.

“The stance that has been taken by the council generally is extremely disappointing due to the impact of the deliverability of housing at the future of DHFC. Without the ongoing support of the council our client’s continuing intervention is, with regret, futile.”

The decision ties directly with a separate dispute: over Hamlet’s lease on a section of Greendale Fields, a protected area classed as Metropolitan Open Land.

The club’s lease on the land recently expired, and the council refused to renew Hamlet’s lease. This jeopardised Meadow’s plans, which included relocating Hamlet’s stadium on to a section of Greendale.

Dulwich Hamlet had also sought legal action to force the council to renew its lease on Greendale. But last week (on October 16) Dulwich Hamlet was dealt a blow when a county court judge ruled that Hamlet must pay a £150,000 “security fee” (within fourteen days) before any hearing regarding the lease dispute could take place.

Meadow last week released a statement concerning the October 16 ruling, saying: “Southwark Council’s successful application for security for costs means that on top of the £150,000 DHFC is now being expected to pay it will also face an eventual legal bill of over £450,000 if DHFC fights and loses the case at the trial in November.”

Today, Liam Hickey, chair of Dulwich Hamlet’s football committee, told the News: “We have no comment to make. We are still awaiting information regarding the issue involving the lease on Greendale, or the appeal.”

Meadow Residential has said it will release a detailed statement later today regarding what its next move will be.