Edgar Kail Pale Ale will be sold at the club from this Saturday's cup game against Guiseley. 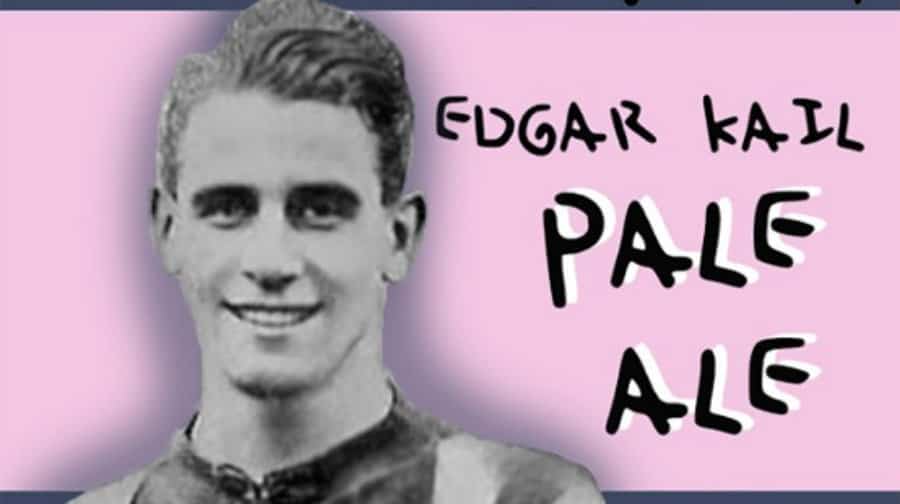 Edgar Kail's 400+ goals for Dulwich are surely worth raising a glass to.

Dulwich Hamlet Football Club will honour its greatest ever player next week with the launch of a special new ale in the clubhouse bar.

The tribute tipple will be called Edgar Kail Pale Ale, a tongue-twisting nod to the club legend on the 40th anniversary of his death.

Shaun Wilkinson, hospitality manager at the club’s Champion Hill stadium, predicted that the 4% pale ale would be as popular with Hamlet fans as the player it is named after.

He said: “It’s a spin-off of a previous drink by brewers Late Knights, who sponsor the kit, so it should be a big seller. The crowds keep getting bigger so we hope it gets a good reaction.”

Kail, who made his debut at the age of just 15 in 1915, scored more than 400 goals for Hamlet during his time with the club.

The Camberwell-born striker was called up to the England squad in 1929, becoming the last non-league club to ever represent the Three Lions.

Despite the attention of professional clubs, Kail remained with Hamlet’s amateurs throughout his entire playing career.

Although he last pulled on the famous blue and pink strip in 1933, Kail’s name is still sung by the ever-growing crowds at every game.

In recent years, a Blue Plaque commemorating the Dulwich icon has been put up at the stadium, with the road leading to the stadium also renamed Edgar Kail Way.